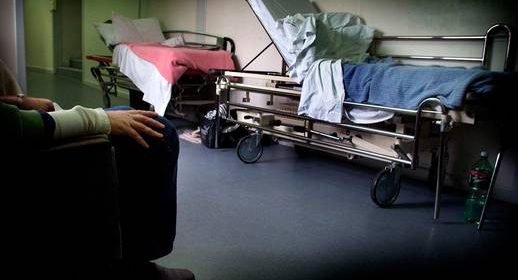 The growing trolley crisis has forced 20 sick children to wait for a bed so far this week with some hospitals now suffering crippling levels of overcrowding.

The young patients were forced on to trolleys in the A&E departments of the main children’s hospitals in Dublin.

Nationally, the shortage of beds for emergency patients deteriorated for a second day yesterday, leaving 583 patients without a bed across the country – up from 541 on Monday.

There were nine children on trolleys in the A&E departments of Our Lady’s Hospital Crumlin and Temple Street yesterday, and 11 on Monday.

Waiting list patients scheduled for surgery again lost out as operations were cancelled to make room for the influx of emergency cases.

A number of children have caught swine flu and had to be isolated.

The highest rate of hospital admissions has been among the under-fives.

However, unlike the UK the Department of Health has yet to start a scheme offering the flu vaccine to healthy children which would protect them and also reduce the risk of spread to vulnerable adults.

In response a spokeswoman for the Department of Health said: “The National Immunisation Advisory Committee (NIAC) is currently considering the need to expand current recommendations for influenza vaccine to include all children.”

Many languishing on trolleys were elderly while staff were under intolerable pressure.

“Nurses and doctors are absolute saints – I just don’t know how anyone could cope with it day after day,” said Mike O’Sullivan, who was attending a relative. “From what I could see, there were a lot of elderly people on trolleys. I hear politicians saying the situation with hospital trolleys is getting better but I think those claims are just a bad joke.”

Another person, who didn’t want to be identified, said it was very upsetting to see elderly patients who are clearly ill on trolleys waiting and hoping for a hospital bed to become available. “You wouldn’t see it anywhere else in the world,” she said.

Cork has been promised two new hospitals – but campaigners warned it could be over a decade before they both come fully on stream.

INMO Cork official Liam Conway said: “Staffing shortages and the nursing and midwifery recruitment crisis will continue to be a major factor in the overcrowding crisis.”