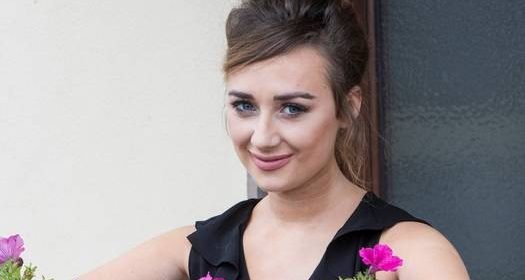 Inspirational HPV vaccine advocate Laura Brennan, who died surrounded by her loving family yesterday, made it her mission to spare other women from getting the disease.

Tributes poured in last night for Ms Brennan (26), from Ennis, Co Clare, who was diagnosed with cervical cancer stage 2B at age 24 and was given a terminal prognosis.

She was determined to prevent others getting the “devastating” cancer and was instrumental in reversing the fall in the numbers of teenage girls availing of the HPV vaccine which protects against cervical cancer.

Fronting the HSE’s vaccine campaign, she said: “I wish the vaccine had been available to me, of course I do. Don’t get swayed by rumours about the vaccine’s safety. This vaccine saves lives. It could have saved mine but it can save yours.”

Her grieving family, who were with Ms Brennan at University Hospital Limerick yesterday, described her as a “light in the life of everyone who knew her; a wonderful daughter, sister and friend. We are lost without her.

“We are all incredibly proud of the work she did in the last 18 months to help protect other young women like herself from the cancer that has taken her life today.”

CervicalCheck campaigner Vicky Phelan said: “I have no words, just tears and emptiness at the loss of another young woman who used what was left of her time to campaign so that others would not suffer her fate. Please, please vaccinate your children.”

Health Minister Simon Harris described her as “an incredible young woman and a powerful campaigner”. He said it was thanks in no small part to her “sheer determination” that the uptake of the HPV vaccine has increased among young women.

“The State owes her a debt of gratitude,” he said.

Ryan Tubridy, who interviewed her on ‘The Late Late Show’, said he was impressed by her “sheer force of personality and natural kindness. She had these traits in abundance. I met her a number of times and walked away utterly taken aback by her verve and commitment to help people throughout her campaigning”.

Claire Byrne, who also interviewed Ms Brennan, said she hoped her family “take comfort in her huge achievements and the impact she had on people all over the country”.

Chief executive of the Irish Cancer Society Averil Power spoke of how Ms Brennan’s “selfless honesty inspired us all. Through her steadfast determination she influenced parents to make an informed decision to give their daughters the HPV vaccine and protect them against an illness which was to take her life.”

Since her campaign, uptake of the vaccine has increased by 20pc.