Dear David Coleman: Should I persist with this four-month screen ban for my daughter (9)? 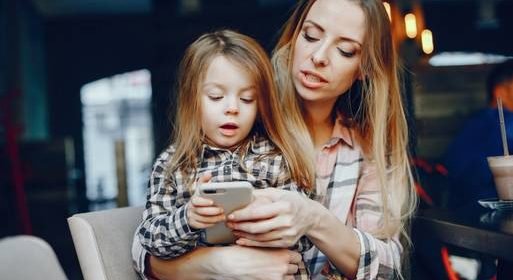 Q Four weeks ago, my nine-year-old daughter spent way too long on screens, as we had visitors and weren’t monitoring her as usual. Wired up from her screen time, she refused to go to bed, and in the ensuing row which continued to escalate, I ended up banning her from her screens for four months. This coincided with me returning to work after maternity leave and the last few weeks have been a nightmare, with rows every day about the ban. My daughter is so upset and even said she’d be better off dead. Should I remove the ban?

David replies: You have become caught in an awkward situation with regard to the punishment. If you are to be seen as a consistent parent by your daughter, then you need to be able to hold the line and follow through on the punishment. However, it seems that you realise, after the event, that perhaps the punishment was too extreme for the misbehaviour that prompted it.

I, too, think you may have made a mistake with both the nature and the quantity of the punishment. If a child doesn’t go to bed on time, then the natural consequence is that they have an earlier bedtime the following night, to compensate.

Banning her from screens is not a natural consequence, since we don’t know for sure that it was the screens that had her hyped up and disrupted her bedtime. Maybe the excitement of the visitors also prompted her desire to be up later.

As I understand it too, the punishment seems to have increased as the row continued (perhaps on the basis that ‘if you keep arguing, then I’m taking the screens for longer’). So, the severity of her punishment wasn’t even just about being hyped up, it was also possibly about her answering back, being oppositional and refusing to do what you wanted her to.

You might want to ask yourself if the escalation of the punishment could have been triggered by your desire to get your own back on her for the disruption and possible embarrassment in front of your visitors?

Or, could the extent of the row that night have been influenced by rising stress due to your impending (or actual) return to work?

Your goal on the night, presumably, was to get your daughter to bed, because she needed to be in bed. It seems like that goal got very significantly side-tracked by the row that developed. So, if your intention (by punishing her) is to actually teach her that she needs to go to bed when it is bedtime, then you have to ask, have you achieved that? If you have, then there is no longer a need to keep the punishment going.

Currently, it sounds like pride and a fear of appearing weak or inconsistent is maintaining what you already know is a too-severe punishment. Reviewing a situation and righting a wrong is a mature and healthy thing to role-model for her.

I think it’d be fine for you and your husband to discuss the issue yourselves, and then, if you are in agreement, to revisit the punishment with your daughter. After all the weeks that have passed (and despite her protestation), I think she knows you mean business.

If you want to end this episode, I’d suggest you end the ban and restore her screen time according to whatever routine or rules were previously in place. Be clear with her that this is a decision you have come to because of your review of the actual row on the night, and not because she has continued to protest.

That said, I do also think that you may have to do some work to repair the feeling of injustice that you daughter will likely feel about your misjudgement with the original punishment.