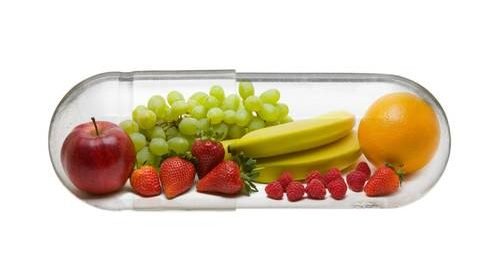 To the devoted disciples of the church of supplements, it was a pronouncement near tantamount to blasphemy. It was claimed that the expensive practice of swallowing vitamins and minerals to better one’s health was little more than a tax on the gullible.

Well, it’s enough to have you reaching for the smelling salts or, perhaps, its low-sodium equivalent.

When Taoiseach Leo Varadkar said in the Dail on Tuesday that, “when it comes to food supplements, my advice is caveat emptor. Food supplements very rarely do anything for our health. They’re mostly snake oil and just cost you money”, he divided opinion between those who see supplements as an affectation of the worried well, and those who proclaim their benefits.

Leo later muted his statement, saying: “I fear I may have done a disservice to the food and supplement industry. I should rephrase. Instead of saying very rarely, I should say many food supplements have no proven health benefits but some, of course, do.”

And this is no surprise – the dietary supplements industry is a firm favourite of the Exchequer with Statista putting the value of the Irish market at €35.9m in 2015 to rise to €38.2m by 2020.

Earlier this year, a surge in new supplement products hitting the market prompted the Food Safety Authority of Ireland (FSAI) to publish a report setting out upper limits for vitamin and mineral consumption after the market ballooned from 700 products in 2015 to 2,500 last year.

The Authority’s Dr Pamela Byrne noted at the time: “It is not necessary to take food supplements to maintain a healthy lifestyle.”

Clinically, they might not be necessary, but what’s the harm in taking supplements really? And what value, if any, do experts place on them? “As a dietician, I advise people based on evidence,” says registered dietician Richelle Flanagan of NutritionWise. “But you have lots of people selling supplements that don’t have qualifications. We advise based on need – for example, if you have a dairy intolerance, you can take a calcium supplement. I, myself, have coeliac disease, so my requirements for certain vitamins are higher. If you have anaemia, you will need to take an iron supplement,” she says.

“But these are meeting specific medical conditions. I see lots of supplements which promise the world, but have no evidence base behind them.

“And we have to be careful that certain supplements can cause damage. For example, I’ve seen people who’ve been taking an excess of B vitamins and were suffering from cramping.

“I saw another girl who must have been spending €2,000 a year on supplements – 12 different supplements a week. That’s really unnecessary.”

Dietician Orla Walsh agrees that supplements can be useful, but there are downsides to “too much of a good thing”.

“Supplements can be necessary and are useful for plugging dietary gaps. For example, vitamin D deficiency is extremely common in Ireland, so a supplement can address that. Or if someone is allergic to fish, an Omega 3 supplement will be needed.

“If you continually take a high dose of vitamin C, you can develop what’s known as rebound scurvy, an ailment associated more with Columbus and Magellan.” But are supplements actually dangerous? Should we fear what’s inside those brightly coloured bottles? The regulators say no, not in the EU or Ireland, at least.

Here, food supplements are a subcategory of food and treated as such.

“Food supplements are food and are regarded as food under national and EU rules, so they have to meet the same standards as food – in other words, be safe to use,” says Ray Ellard, Director of Risk Management and Regulatory Affairs at the FSAI.

Supplements are regulated under food labelling rules, additional food supplement rules and they must also have any health claims tested by the European Authority before being authorised to use the claims in materials.

Explains Ellard: “Applications for authorisation have to be submitted to the European Food Safety Authority and if they get a favourable opinion, then the commission and member states will give an authorised claim.”

It seems bizarre but unless supplements are in a kind of regulatory limbo between notification and authorisation – a state known as ‘on hold claims’ – most products on the market which make claims of having a health benefit have been inspected and have come out with a positive adjudication.

“That doesn’t mean all are successful and it means that if we see outlandish clinical claims, we should be sceptical,” says Ellard.

“You can’t make a medicinal claim on a food or a food supplement. Medicines and food supplements are treated very differently. If they make a claim, then it has to be scientifically correct and authorised.”

But what of Mr Varadkar’s blunt snake oil assessment? Well, weighing up the evidence, it seems that his later, more muted statement was closer to the truth: many supplements don’t have any benefit, but there are indeed some that are proven to be useful.

As Ellard himself says: “Most of the health claims submitted to the European Food Safety Authority have been rejected. Generally, because they haven’t been able to demonstrate cause and effect. But there are quite a few which have been proved and are in use. And after that, you pays your money and you takes your choice.”