Supersized us… a fat nation in denial: How mindless eating has become the norm 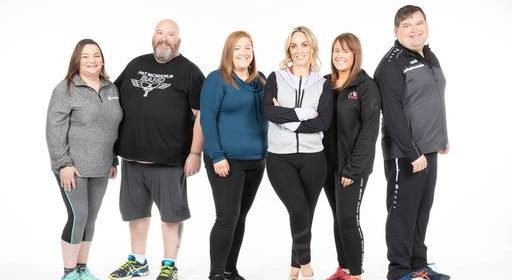 Ciara Kelly noticed a curious phenomenon during her years as a mentor on RTÉ’s popular weight-loss show Operation Transformation. Every January, without fail, there would be complaints from members of the public about at least one of the ‘leaders’ hand-picked from the population. Their problem, it seemed, was they didn’t think such and such a leader had a weight issue at all.

“A mix of people would be chosen as leaders, including those who fell into the overweight category, rather than obese, but our view of what’s become normal is so warped that even those with an unhealthy BMI [body mass index] of 25 and over were seen as having a normal weight,” the GP-turned-broadcaster says.

“We’ve reached the point where it’s only when we see somebody in the obese range that we see the excess weight, and the problem with that is that so many of us are overweight or obese and we just don’t realise it. It’s not even that we’re in denial – it’s simply that we don’t think it’s applicable to us.”

Ireland tips the scales in European terms when it comes to obesity and our children are on course to be the fattest in Europe by 2030. And it’s all happened over the course of a couple of generations. The statistics for Irish men have seen a trebling of the obesity rate in just 15 years.

Despite the positive message conveyed by Operation Transformation and the like, the country’s collective waistline continues to bulge.

“It can feel like a battle that’s impossible to win,” Ciara Kelly says, “but we have to act and each of us have to take small, but meaningful steps to ensure we stay a healthy weight or to get our weight down. This is an issue that’s far too serious to ignore.”

Kelly is trying to do her bit. Earlier this month, she launched the Hundred Days of Walking challenge on her Newstalk Lunchtime Live show and she says the response has been strong. “If you say to people you’ve got to go to the gym, and you’ve got to do this and you must do that, chances are they won’t,” she says. “Or if they do, they’ll do it for a week and then abandon it. Walking is something that is doable for us all. We don’t need to take out a subscription or drive to a gym – we can do it anywhere and I’m hoping that if people stick to this for the 100 days, a habit will be formed and they’ll want to walk daily for the rest of their lives.”

Getting the heart rate up

Kelly is on the 17th consecutive day of her walk when she speaks to Review. She is slightly out of breath. “When I say walking, I don’t mean an amble. It’s all about walking briskly and getting the heart rate up. And it’s about going out every day, no matter what the weather.

“I really didn’t want to go out tonight because it’s so cold and wet, but I didn’t want to break this habit. And the thing is, once you start introducing good, healthy practices into your life they lead to others – so after doing a walk like this in the evening, you’re maybe less likely to reach for the biscuit packet.”

Part of the problem in the Ireland of 2019 is that too many of us are taking the biscuit and the supersized chocolate bar and the multipack of crisps and the fat and sugar-laden ready meal.

Dr Marian O’Reilly of Safefood says our dietary choices are pushing more and more of us into the overweight and obesity categories and we risk doing our bodies great long-term harm. “The food we eat can have a very detrimental impact and it can be very difficult to make the right choices,” she says.

“The availability of cheap food is completely different now than it was in the 1980s, for instance. Then, you wouldn’t have dreamed of going to a bookshop, for instance, and have to walk through a corridor of sweets, crisps and chocolate to get to the tills.

“There’s temptation everywhere and food that promises convenience in a busy world. But that convenience comes at a cost to our health. We’re not thinking enough about what we put in our body and what we give our children.”

Clinical psychologist Dr Eddie Murphy is a mentor on Operation Transformation and believes that “mindless eating” is at the root of our obesity epidemic. “For some individuals, it’s not what you’re eating, it’s what’s eating you. If you’re mindful about what you’re putting into your body, you’re more likely to make healthy choices and less likely to keep eating even after you’re full, as might be the case if you’re watching the television in the evening.”

Murphy says it is all well and good for the healthy eating and exercise message to be banged out time and again, but modern life places pitfalls in our way at every step.

“Unfortunately, we live in an obesogenic society where choosing to do the right thing is made difficult, even for the most mindful of people. Too often, we have a situation where it’s one packet of crisps for €1 or a six-pack for €2. It’s very hard to resist that impulse that’s in all of us.

“And that’s why we need the Government to step in and clamp down on an area that has such long-term health repercussions. Something like a ‘no-fry zone’ within 2km of every school would help – and there’s a school in Wicklow that’s already been able to have that enforced.

“We need to re-engineer a society that makes it far less easier to become obese.”

Ireland could look to the Netherlands for example. The country has one of the lowest rates of obesity in the EU and much of it is down to a culture where cycling and walking have long been favoured over the car and where nutrition is taught in school from an early age.

Nutrition and fitness consultant Alva O’Sullivan believes a “massive sea-change in attitudes” is required if Ireland is to reverse its obesity statistics – and she says it is essential to start with our children.

“We have to lead by example,” she says. “They need to see us making healthy choices and we need to give them the information they need to avoid junk as much as possible. But it can feel like an uphill battle. So-called treats have been normalised in every situation – whether it’s in sports clubs, in their schools, or simply when they get together.

“Go back just a few decades and it was all so different. You didn’t have junk at every turn and when you look back on photos from the 80s, say, you can see how thin people were relative to today.”

O’Sullivan’s clients are adults from all walks of life and she helps both men and women trim the fat. But it’s not easy. “Some of them come to me and they’ve tried every diet in the book and it’s not working for them and they’re very dejected. It’s a case of getting them to think about food and exercise in a much more holistic way.”

Her Instagram feed features suggested meals that adults should eat if they want to keep the weight off. This week, she posted a photo of dinner featuring baked salmon, mangetout and sweet potato fries. By the standards of 2019, it looks like a small plate of food – and that attitude is a huge part of the problem, she believes. “We’ve forgotten what a healthy portion looks like,” she says.

“Too many of us are eating far too many calories every day – and we don’t realise it. It can be difficult to adjust to what’s normal, because it can look so much smaller than how we think it should look.”

It’s an issue that Dr Marian O’Reilly from Safefood is keen to stress, too. “Calorie intake is important and so is getting the right kind of calories. Too often, people will have a pack of crisps and a bar of chocolate and simply think they’re snacking. But what they’re doing is putting 500 or 600 calories into their bodies without even being aware of it. That can push the daily recommended calorie intake completely out of sync.”

She points out that even highly active people – including those who get strenuous exercise every day – can struggle to lose the excess weight if they’re unthinkingly snacking and eating portions that are too big.

The cliché about it being impossible to work off a bad diet is true.

Christine Hollowed knows all about bad diets. For years, the Dubliner tried to shift the weight she was increasingly putting on but to no avail. Then she joined Weight Watchers and she quickly shed the pounds – only for it to pile back on when she took her eye off the ball.

Now a leader with Weight Watchers, she stands five stone lighter than her heaviest weight (15 stone) and she is determined to lead a healthy lifestyle of food and exercise for the rest of her life.

“You have to decide that you want to lose weight and get healthy, and you have to learn that not only can you not eat what you want when you want, but you need to be in the right mindset all the time.

“When I go shopping now, I’ll never put full-fat milk into the basket – it will always be skimmed milk. And the same goes for lots of other foods. You have to fuel your body right and incorporate exercise into your life and, most of all, you have to understand that getting back to a healthy weight takes time. It’s not an overnight thing.”

“We need to be more active and we need to eat much healthier and each of us have to make the choice to take ownership of our own bodies and make that change happen. We owe it to ourselves – and we owe it to our children.”