'It is not a lifestyle choice caused by individual greed, it's a disease' – Professor on how to tackle obesity 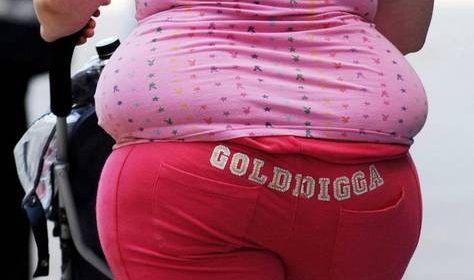 Obesity should be recognised as a disease rather than a lifestyle choice in order to be better tackled by the health sector, industry officials in the UK have said.

The Royal College of Physicians (RCP) said it was necessary to see those who are very overweight recognised by the government in order to receive specialist care in an effort to combat obesity.

In Ireland, one in four children is overweight or obese.

Outlining plans to reclassify obesity as a disease in the UK, RCP president Professor Andrew Goddard said: “It is important to the health of the nation that we remove the stigma associated with obesity.

“It is not a lifestyle choice caused by individual greed, but a disease caused by health inequalities, genetic influences and social factors.

“It is governments, not individuals, which can have an impact on the food environment through regulation and taxation, and by controlling availability and affordability.

“Governments can also promote physical activity by ensuring that facilities are available to local communities, and through legislation and public health initiatives.”

Tam Fry, chairman of the National Obesity Forum, said any move recognising obesity as a disease would chime with international classification, and was therefore “very welcome but 20 years overdue”.

But he said he was concerned some obese people would therefore “blame their genes” rather than change their diet.

He added: “What worries me greatly however is that obese people will now blame their genes for their condition and continue to feast on the food that made them fat.

“If anything, today’s announcement should prompt them to re-double their efforts to follow a healthier lifestyle.

“In its media coverage I think the RCP has not stressed this message and its announcement will let people off the hook. I do hope that I’m wrong.”

The RCP said it wants to see obesity recognised as an ongoing chronic disease to allow the creation of formal healthcare policies to improve care both in doctors’ surgeries and hospitals, and so that significant and far-reaching preventative measures can be put in place.

As well as encouraging prevention, treatment and greater empathy with patients, the RCP wants “to see a change to public discourse about obesity, so that those with the condition are no longer blamed for it”.

Earlier this week, PHE said the average 10-year-old has consumed at least 304lb (138kg) of sugar by the time they reach adulthood.

The study found children are consuming an average of 52.2 grammes a day, based on consumption from the age of two – the equivalent of 13 cubes a day, and eight more than the recommended level.

In May, PHE officials published detail on progress in the first year of its sugar reduction programme, which showed the food industry failed to meet the target of cutting 5% of sugar from popular foods by August 2017.

PHE found that for retailers’ own brand and manufacturer branded products there was only a 2% reduction in total sugar per 100g.

It is due to publish an update later this year.