Uh-oh! Hilaria and Alec Baldwin’s daughter Carmen had a dramatic encounter with a staple — but her mom turned it into a teachable moment.

The “Mom Brain” podcast host, 37, recently recounted the incident in a series of posts on her Instagram Stories. “So Carmen got a staple in her finger today and we had to go to the [doctor] to get it out,” she wrote. “She went into shock and her mind really separated from her body.” 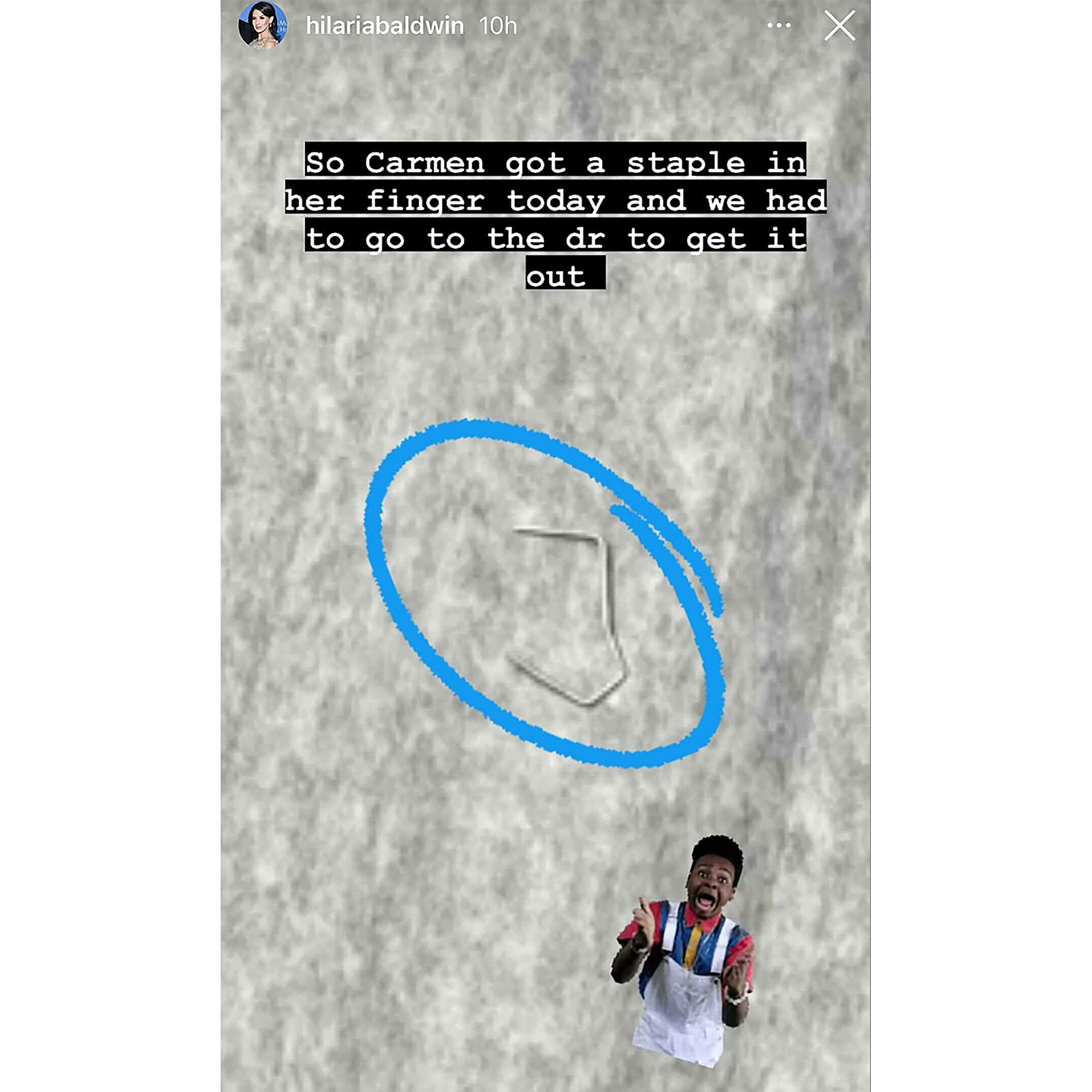 The Living Clearly Method author added that her eldest daughter, 7, started to relax as soon as the doctor removed the staple. “After the staple was taken out, she started to return to herself again,” she explained. “We were talking about how the mind does funny things when we get hurt, and it’s to protect us — but then we need to make a connection again.”

The yoga instructor then used the scary moment as an illustration of bravery for Carmen. “I told her how brave she was — she said, ‘I wasn’t brave, I was crying a bit,’” she continued in her Instagram post. “I told her that being brave doesn’t mean you don’t cry, it means you asked for help and you put one foot in front of the other and kept on … bravery doesn’t mean you can’t show emotions.” 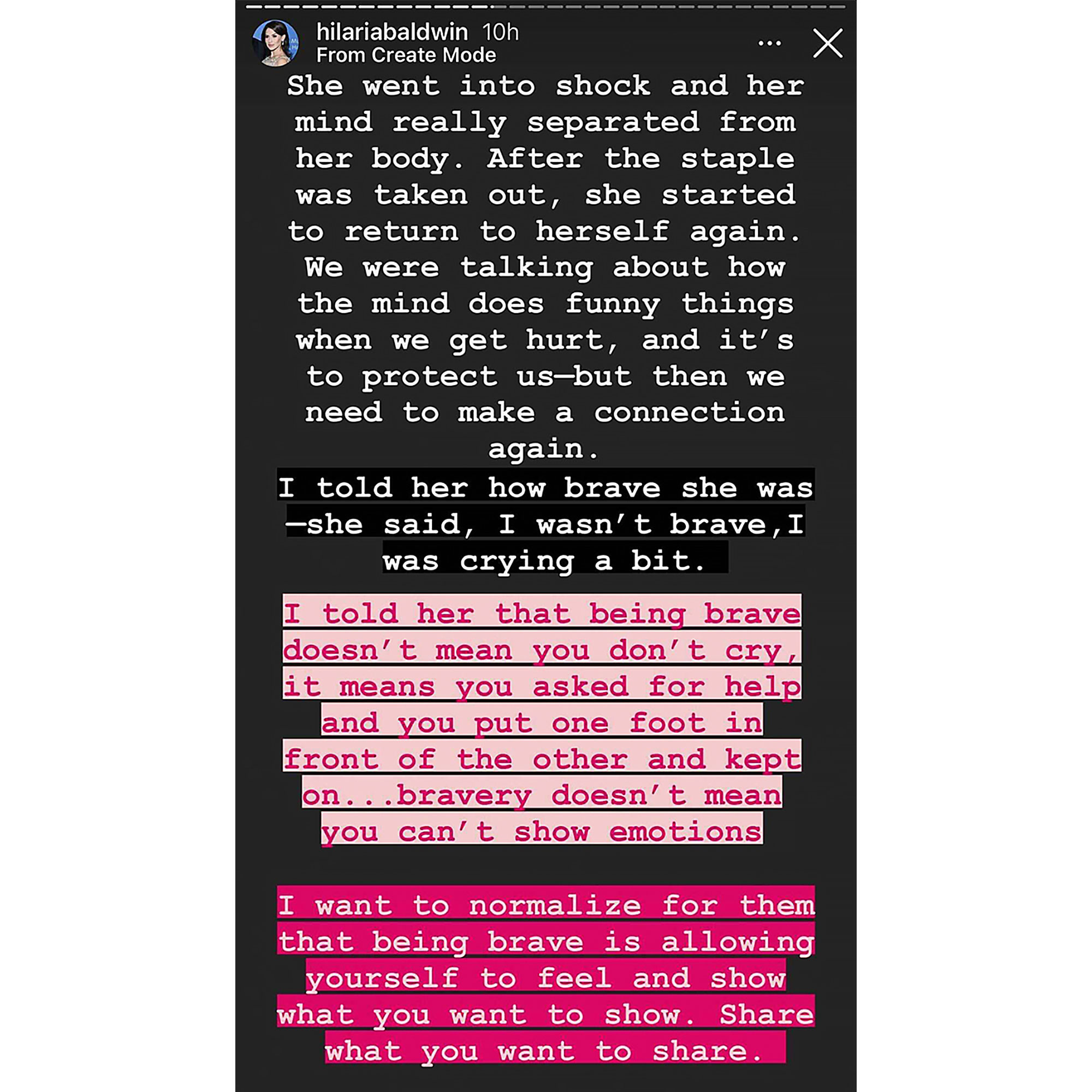 She finished up her post with a message about learning to only share with the world what you feel comfortable sharing. “I want to normalize for them that being brave is allowing yourself to feel and show what you want to show,” she concluded. “Share what you want to share.”

In addition to Carmen, the Baldwins share five other children: Rafael, 5, Leonardo, 4, Romeo, 2, Eduardo, 7 months, and Lucia, 2 months. The couple welcomed Lucia via surrogate earlier this year after Hilaria gave birth to Eduardo in September 2020. The 30 Rock alum, 63, is also the father of Ireland Baldwin, 25, his daughter with his ex-wife, Kim Basinger.

Hilaria has been open about the challenges of raising so many little ones at once. “Having two small babies is so fun and cute,” she wrote via social media in March. “There are also challenges. Like, Lucia just had an explosion and I have Eduardo rolling around … So I’m just gonna lay here, covered in poop, entertaining Edu … until I get a genius idea how to get out of this 💩 situation.”