Meet the Toddler Who Went Viral for THAT Michelle Obama Pic

Washington, DC blogger and stay-at-home mom Jessica Curry didn’t expect her life to change when she took her two young daughters and a friend to the National Portrait Gallery in the spring of 2018. But once little Parker, her oldest, a few weeks shy of her third birthday, went viral after she stopped still in front of Amy Sherald’s official portrait of former First Lady Michelle Obama, their world hasn’t been the same.

Cut to today, when Curry is a mom of three, including Parker, now four, Ava, three, and baby Cash, four months — and a published author, alongside Parker, of the New York Times bestselling children’s book Parker Looks Up: An Extraordinary Moment, illustrated by Brittany Jackson, published by Aladdin, a division of Simon & Schuster.

The museum trip was just one of many in Parker’s young life (Cash has already been to a dozen museums). “It’s important to me as a mom that I broaden their horizons as much as I can,” Curry tells SheKnows. “I was really lucky that I had a mom who exposed us to the arts, at the theater, at live performances, to different kinds of dance, and in museums ourselves as children.” It was “second nature” to do the same for her kids when it comes to culture, aided by the fact that most of the capital’s museums are free.

What makes their story even more powerful is that before that point, Curry had never shared a photo of her daughter publicly. But that decision was taken away from her when a stranger posted a photo of Parker from the side, racking up likes on Facebook. Curry was dropping her sister off at the airport when her phone started blowing up. 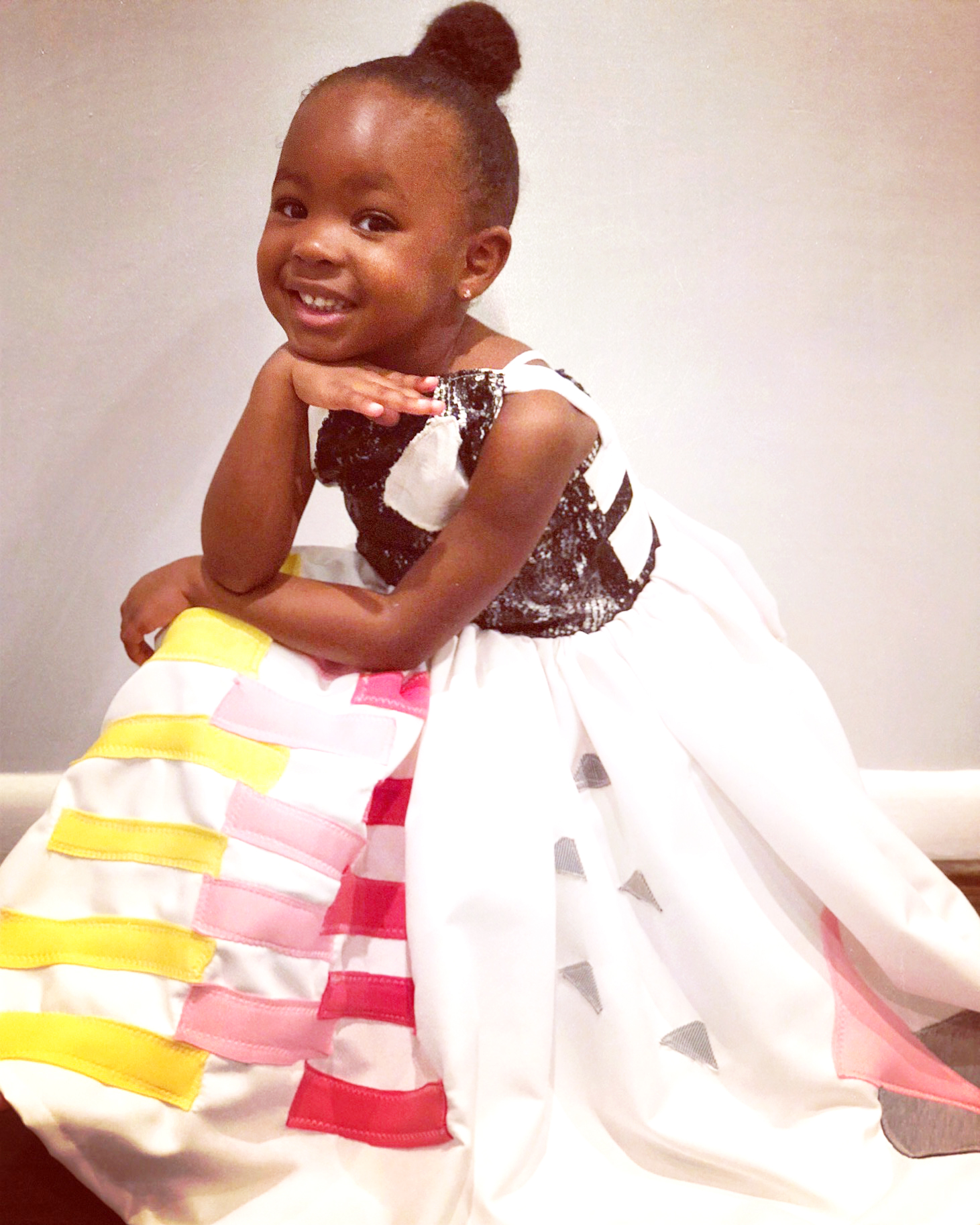 “I didn’t even know that little moment had occurred until I saw the photo,” explained Curry. Then she second-guessed herself — “I have mommy brain” —w ondering if she’d simply forgotten. But she’d been too busy trying to coax Parker to turn around so she could get her face with Mrs. Obama’s portrait behind her. But no matter how many times she said “please,” Parker wouldn’t budge.

Within days, Curry had to make a choice: try to minimize the exposure, or run with it. She chose the latter, despite her previous promise to herself to safeguard Parker’s privacy until she turned 18 and could decide for herself. Though Curry

had started blogging a year and a half after Parker was born, she’d never posted photos of her face, not even sharing her name online for the first eight months.

“I decided to accept our fate being publicly recognizable when I was inundated by the most beautiful, loving and kind messages from people all over the world who were expressing their gratitude for sharing that moment,” explained Curry, who now is recognized almost every time she and Parker are out and about. “I decided that if she wanted to do interviews and she wanted to talk about that moment, I was going to support her in that.” Curry makes it clear that “being famous were never on my agenda when I had children,” but “I knew this would have the ability to change the trajectory of her life.” 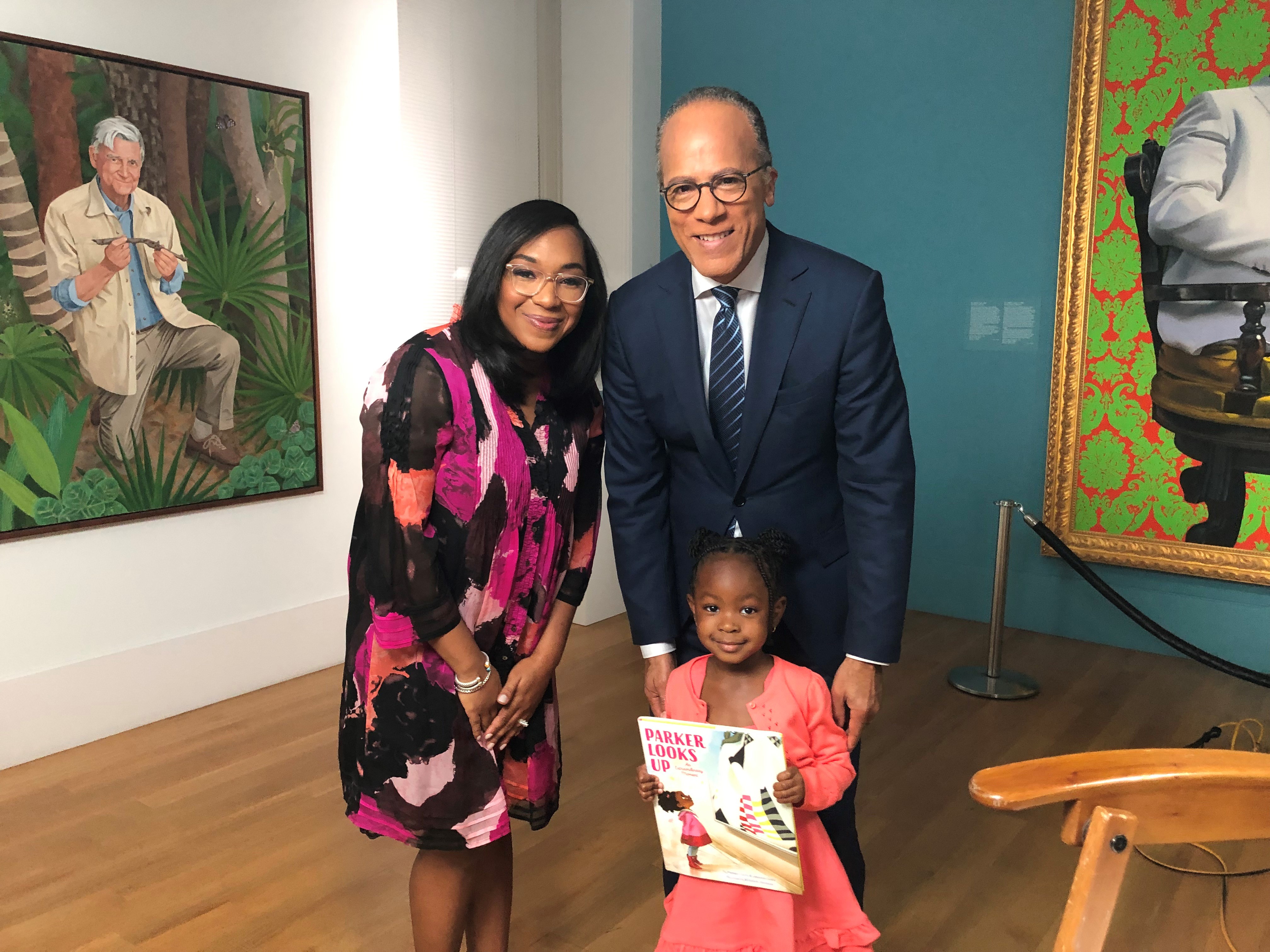 It’s Parker who’s shown a willingness to be in the spotlight, in limited doses. “She will take a picture with whoever asks; she will sign books until the last book is signed,” noted Curry.

At the time of the photo, Curry says that Parker knew Michelle Obama was First Lady and lived in the White House, which they’d visited a few times. She’d seen her dancing on Ellen, which Parker “was amused by,” and knew Mrs. Obama was someone Curry spoke highly of and admired.

Curry says that several factors played a role in making Parker look up — one, the resemblance of Michelle Obama to her. “To see a woman of color who looks like your mommy has to be inspiring.” And that image of Michelle Obama herself, “so poised and regal in that picture.” It makes sense that Parker thought she was a queen.

These days, Michelle Obama isn’t a distant royal figure — she’s a friend. During my interview with Curry, Parker asked to speak to me, proudly stating, “I got to meet her three times.” The first happened within days of their viral moment, where the two danced together. When the pair saw Michelle Obama on her Becoming book tour, Parker told her she was writing a book, and Obama replied, “Now we’re both authors.” Parker later got to present her idol with a finished copy. “It was a beautiful full circle moment,” said Curry. “You could tell Parker was so proud to show her.” 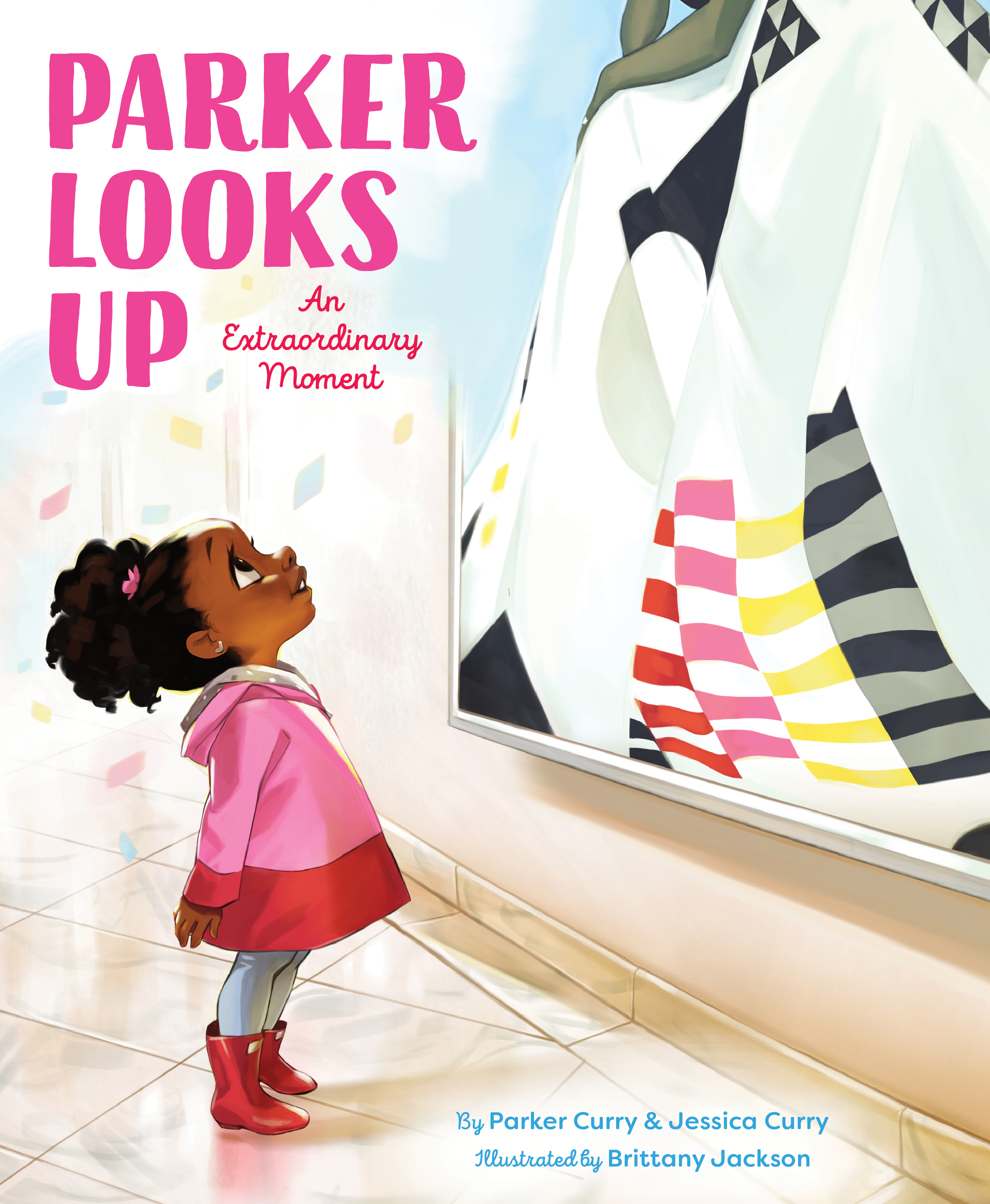 While viral fame could have disrupted Parker’s life, Curry has made sure that her daughter sticks to her routine — and has agency. She and her husband don’t make decisions about media interviews for Parker, but with her, around naptime and meals.

Of writing the book, Curry said, “It was something I wanted to do for Parker. I wanted her to be able to remember this moment. I wanted it to be something meaningful and impactful for her legacy.” The process “was exciting every single time we got a new set of illustrations. Then to see the final product was overwhelming. For me this book was absolutely a dream.”

Mother and daughter will be doing select events around Parker Looks Up, including a December event at the Brooklyn Children’s Museum and appearing in February at the African American Children’s Book Fair, and are at work on another book about Parker. “Our dream would be to turn parker looks up into an animated series.”