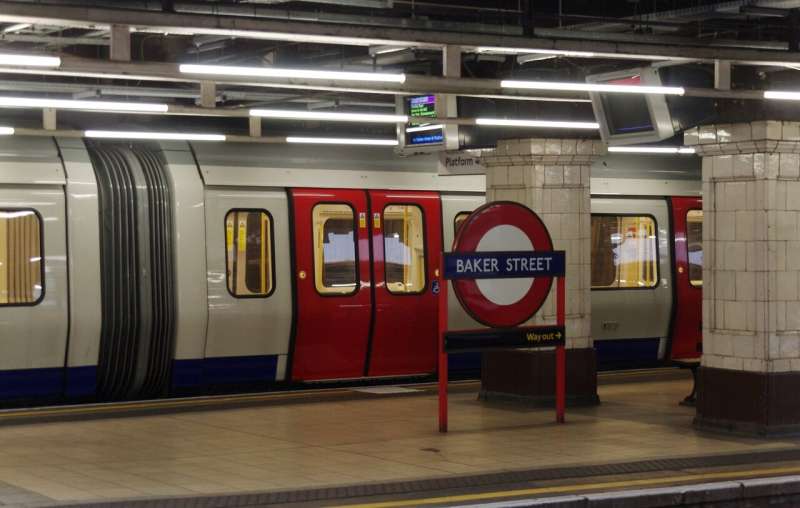 Ultrafine magnetic iron oxide particles smaller than 500 nanometers are prevalent in air pollution on the London Underground, according to a study published in Scientific Reports. The authors propose that improved air pollution monitoring—which measures the magnetic properties of particles— and efforts to further reduce air pollution levels may be needed on the London Underground. Previous studies have identified associations between exposure to ultrafine particles and a range of health conditions—including asthma and cardiovascular diseases.

The London Underground is a train network throughout Greater London that consists of 270 stations and 11 lines. 45% of the network is located underground. Hassan Sheikh and colleagues analyzed the structure, size, shape, chemical composition and magnetic properties of particles from 39 London Underground dust samples. Samples were collected in 2019 and 2021 from platforms, ticket halls, and train operator cabins on the Piccadilly, Northern, Central, Bakerloo, Victoria, Northern, District and Jubilee lines. The sampling included major stations such as King’s Cross St Pancras, Paddington, and Oxford Circus.

Previous studies have reported that 50% of the air pollution particles in the London Underground are magnetic iron-bearing particles. The authors report that the iron-bearing particles in their samples primarily consisted of an iron oxide known as maghemite, which ranged in diameter from 5 to 500 nanometers and had an average diameter of 10 nanometers. Some particles were arranged into larger clusters with diameters between 100 and 2,000 nanometers. The authors suggest that magnetic monitoring approaches—similar to those used in this study to characterize air pollution particles—could complement traditional air pollution monitors, which may underestimate the number of ultrafine airborne particles in the London Underground due to their low weight.

Previous research has suggested that iron-containing particles are produced by contact between train wheels and brakes with train tracks and that carrying higher loads and traveling at higher speeds can produce finer particles. The authors propose that the abundance of ultrafine maghemite in London Underground dust samples could be caused by iron-containing compounds from wheels, brakes, and tracks being exposed to air for longer periods of time due to poor ventilation and then resuspended in the air when trains arrive at platforms. They suggest that amount of resuspended dust could be reduced by washing the tracks and tunnel walls, using magnetic filters in ventilation systems or placing screen doors between platforms and trains.