Parents of terminated foetus 'had no hope after test' 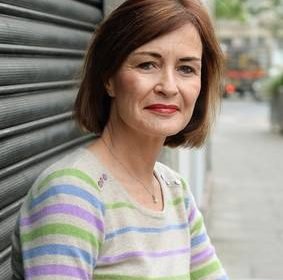 The heartbroken parents at the centre of a tragic abortion case were given no hope of their unborn baby’s chance of survival when they received the diagnosis of a fatal foetal abnormality, it has been claimed.

The couple made the agonising decision to terminate the pregnancy in March after being told by doctors at the National Maternity Hospital that their unborn child had Edward’s syndrome and would not live, their solicitor Caoimhe Haughey told the Irish Independent.

But a later test result delivered the news that their baby had been healthy and clear of the abnormality.

“They are living a daily nightmare. It is soul-destroying for them and there is no return,” she added.

The couple’s solicitor has also written to the Attorney General on their behalf asking for an inquest for their dead baby.

An external review overseen by specialists from the Royal College of Obstetricians and Gynaecologists in the UK is to get under way to examine the circumstances of the case. Specialists who have expertise in genetic testing are expected to be drafted on to the team.

The couple, who were delighted to be having a baby, went for the private blood screening Harmony test in the private clinic near Holles Street hospital. This is a simple blood test which analyses cell-free foetal DNA circulating in the mother’s blood, and can be done after 10 weeks’ gestation.

When that showed a risk of fatal foetal abnormalities, they had a Chorionic villus sampling (CVS). This is a test to check if the baby has a genetic or chromosomal condition, such as Down syndrome, Edwards’ syndrome or Patau’s syndrome.

Two samples are sent to a UK lab for analysis and the first result was available in 48 hours, while the definitive reading takes some two weeks.

The couple were told the first test result showed the baby had trisomy 18 Edward’s syndrome.

This led to the couple making the heart-rending decision to have a termination of the pregnancy. But weeks later the definitive test delivered a bombshell, showing that the baby was healthy.

It is believed that the cells in the placenta showed up positive for trisomy 18 but the foetus was clear. This is known as chromosomal mosaicism.

Doctors in Holles Street who have been carrying out these diagnostic tests for nearly 20 years believe it is the first case of its kind at the hospital.

If the first result is incorrect, it normally shows that the baby is clear of abnormalities rather than positive as in this case.

Health Minister Simon Harris said yesterday his overriding concern was for the couple involved and respecting their privacy.

“An appropriate external review is warranted into the matters that arise here and it is important to await its findings,” he said.

He said: “My heart goes out to the couple at the centre of this, as these matters are private and personal and confidential, I don’t have any access to the details.

“I think it is important that we respect the fact that these matters are private, personal and confidential, at least until a time as the couple decide otherwise.”

Asked if better safeguards should be in place, he said: “I think that really is a question for the hospital and for the Master rather than me to answer, they would be the experts in the field.”

The pregnancy was in its 15th week at the time of the termination.

The couple had previously had an ultrasound scan of the baby and this had shown up clear.