The treat trap: How food giants invented the perfect formula to keep you addicted to snacks 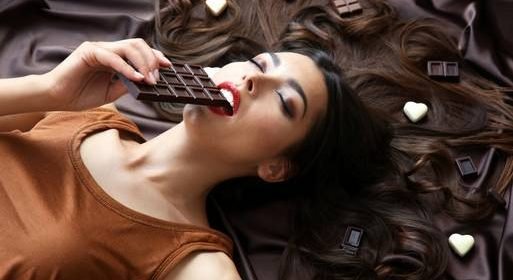 Barely a week goes by without an alarming statistic regarding obesity surfacing. The latest concerns the “shocking” rise of obesity-related cancers among young adults, with cancers of the bowel, pancreas and kidney now growing quickest in those aged between 25 and 49. And yesterday brought alarming headlines about the impact processed food like chicken nuggets and noodle soup has on your lifespan.

The reasons behind growing waistlines are well documented: sedentary lifestyles, medical conditions, not enough healthy food, and yes, too much processed food.

Processed food – think chocolate, crisps, sausage rolls and cereals – are often packed with added sugar, salt, fat and other additives. They can be highly addictive and, in large quantities, potentially harmful. What’s more, according to a study last year, Irish people are the third biggest consumers of processed food in Europe – 45.9pc of our diet on average – behind Germany 46.2pc and Britain (50.7pc).

Why can’t we get enough of manufactured food, even when we increasingly know the ramifications? The answer, at least in part, can take the form of three small words: the bliss point.

“The bliss point is an industry reference to the perfect amount of sugar in products that will get us to not just like those products, but to want more and more,” Michael Moss, author of Salt, Sugar, Fat: How The Food Giants Hooked Us, tells me. “It’s a specific reference to sugar, although it’s been used more broadly to refer to the incredible allure that processed foods have.”

It seems that manufactured food is made by real life Willy Wonkas, who tinker with precise amounts of ingredients to send us into delirium. When the right combinations are achieved, a ‘bliss point’ is reached, making products irresistible. And an ever-growing number of us are starting to resemble Augustus Gloop.

The problem is that the allure Moss refers to burns brightest when salt, sugar and fat are combined (the latter two, it should be noted, rarely mix to notable levels in nature). Coca-Cola, with its perfect blending of flavours, is one of the main examples Moss cites in his book. “You don’t get too much lemon flavour, or sugar, or any of the other ingredients. If you get too much of one, your brain goes: ‘Woah! I think you’ve had enough of that’. They pay careful attention to balancing out all their ingredients, but especially salt, sugar and fat.”

Moss, a Pulitzer Prize-winning journalist based in New York, spent years investigating the food industry. He says what he found was shocking, if not entirely surprising.

“There’s nothing more important than the bliss point to understand how we became so overly dependent on processed foods,” he asserts.

The term itself was coined by Howard Moskowitz, a market researcher and psychophysicist, who since the 1970s has helped optimise products as wide ranging as soft drinks, soups, salad dressings and pasta sauces. The origins of processed foods go way back (think of the sugary cereals spearheaded by Kellogg’s, or the tinned meats given to soldiers in WWI). But it’s not until the 1970s and 80s that “extraordinary science to perfect our taste reaction”, in Moss’s words, came about. That also happens to be the same period when statisticians identify a massive spike in obesity levels.

Alongside the bliss point, Moss encountered a whole cohort of neologisms used by manufacturers and developers. “I fell in love with the language they used. Not just ‘bliss point’, they talk about engineering ‘craveability’, ‘snackability’, and ‘moreishness’.” There’s also ‘mouthfeel’, the physical sensation of something fatty, and ‘flavour burst’ for the way salt powerfully hits the tongue’s taste buds.

But it’s not all unimaginative terminology – years of highly advanced science goes into producing the perfect packet of biscuits. While there’s nothing inherently wrong with sweet things, the problem is when that sweetness is too readily available. As Francis McGlone, a neuroscientist at Liverpool John Moores University, puts it: “People are now less able to regulate that reward.”

While Moss thinks it’s not necessarily correct to see the food industry as having intentionally tried to make us fat, he believes there are elements of deviousness at play. Bliss points have not only been created for soft drinks, biscuits, chocolate bars and crisps – in other words, stuff we know is bad – but supposedly healthy products, too.

“They marched around the grocery store adding sugar to things that didn’t used to be sweet. Bread now has an engineered bliss point. Some yoghurts have as much sugar as ice cream per serving; even spaghetti sauce can have the equivalent of a couple of Oreos’ worth of sugar per serving.” Foods, in other words, we think of as part of a healthy, balanced diet.

McGlone, who spent a decade in research and development at Unilever, has looked into human behaviour in regards to food extensively. Flavours and textures – and their relationship to our brain – are of particular interest. He explains that our sensory systems are contrast detectors. This means changing textures are much more interesting to taste buds, and therefore to the brain, than boring foods that don’t change consistency (chewing gum, for example, after that initial flavour hit). Thus a chocolate bar or ice cream will melt in the mouth; crisps will crunch. Food companies know this will keep us coming back for more.

Moss points to an interesting textural phenomena discovered by food scientists: vanishing caloric density. The human body, he explains, is pretty good at detecting calories. After all, they were once our primary concern. But clever brains at food corporations can get around that. Cheese puffs are a highly fatty, salty (and often sugary) snack. But when they melt in the mouth, our brain thinks the calories disappear along with the puff. Clever stuff – we’re thus able to eat a lot more puffs.

Much of food science is evidently driven by money. Salt, sugar and many fats are cheap, tasty ingredients that we love to hoover up. Their addictive elements make us return time and again. “[Food corporations] understand our brains and psychology, they understand the emotion that drives people to eat,” says Moss.

Is there a better future on the horizon? There’s certainly a growing awareness around the dangers of sugar, salt and saturated fat. Moss points to one food giant he’s visited, which is intent on reducing salt and sugar while maintaining the allure of their products. McGlone has worked extensively with Heston Blumenthal, looking, for example, at stimulus specific satiety (the idea that if we eat too much of one thing, we get bored quickly; increasing complexity in food could lead to quicker satiety).

Ultimately, however, money is king for both manufacturer and consumer. Replacing cheap sugary ingredients with broccoli or Brussels sprouts is expensive – not to mention unappealing. But next time you grab that second pack of biscuits, think about why it’s so moreish. Perhaps that reminder will help you place it back on the shelf.