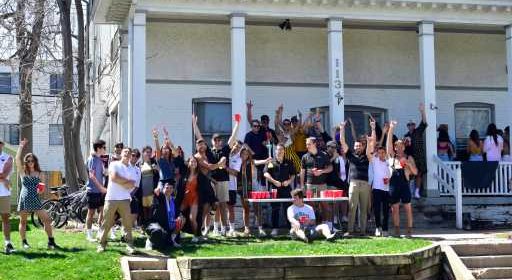 More than 100 Boulder County residents have tested positive for the respiratory disease COVID-19 since last week, making it the largest surge of novel coronavirus cases in the community since March — and public health officials warn more infections could be on the way.

The spike in infections comes as several Western and Southern states — including neighboring Arizona — have reported significant increases in COVID-19 cases. In Boulder County, the jump in new coronavirus cases is attributed to a mixture of parties, protests and out-of-state travel, according to public health officials.

More than 108 people have tested positive for COVID-19 since June 11, meaning the county has the third-highest increase in new cases following Denver and Adams counties, according to a news release.

New coronavirus infections have remained relatively low across Colorado, but state officials have expressed concern about rising cases in neighbors such as Arizona and Utah. On Tuesday, state health officials reported an additional 143 COVID-19 cases, bringing Colorado’s total to 29,442 infections since the start of the pandemic.

So far, Goussetis said, Boulder County has not experienced an increase in COVID-19 hospitalizations and deaths. Both data points provide insight into the severity of the outbreak and help inform public health policy decisions, such as whether to reimplement a stay-at-home order.

There is a delay between when someone is exposed and symptoms — and subsequent potential complications — appear. Symptoms of COVID-19 — including fever, cough, shortness of breath, sore throat, loss of taste and smell, and nausea — can appear between two and 14 days after exposure, according to the U.S. Centers for Disease Control and Prevention.

To limit the spread of the disease, public health officials recommend people wear masks to cover their mouth and nose and stay at least 6 feet from others. People also should frequently wash their hands with soap and water for at least 20 seconds, according to the state health department.

For now, there are no plans to issue restrictions, such as a stay-at-home order, in Boulder County, Goussetis said.

However, the spike in cases could delay the county’s ability to move forward in reopening its economy under the state’s so-called “Protect our Neighbors” phase. The new phase, announced by Gov. Jared Polis on Monday, will allow some larger-scale events and the reopening of bars.

“If we continue to see more cases, we may have to limit going to that next phase until we have this under control,” Goussetis said, adding “The behavior of individuals is impacting the economy of our entire city.”

Most of the new cases are among college-aged people. Last week, the chancellor of the University of Colorado Boulder sent out a letter saying that the school was notified that students were among those to become sick in recent days.

“This concentration of cases could have likely been prevented if those involved — particularly those hosting and attending parties — had followed public health orders,” wrote Chancellor Phil DiStefano. “We all need to live up to our responsibilities, as some students are putting their own health and their own and other students’ on-campus educational opportunities in jeopardy by engaging in behaviors that imperil the health and safety of our entire community.”