Bumping along! Sophie Turner showed off her growing belly as she stepped out with husband Joe Jonas.

The couple, who are expecting their first child together, were spotted on Melrose Avenue in Los Angeles on Wednesday, June 17. The pregnant star, 24, held a bottle of Coca-Cola and a two-tone colored handbag as she walked the street, in photos published by the Daily Mail.

The Game of Thrones alum wore a white crop-top and grey leggings that highlighted her baby bump as she ventured outside.

The British actress topped off her look with a plaid blazer, white Vagabond sneakers, a black scrunchie on her wrist and round Paradigm sunglasses. Turner was also wearing a mask over her nose and mouth amid the coronavirus pandemic. 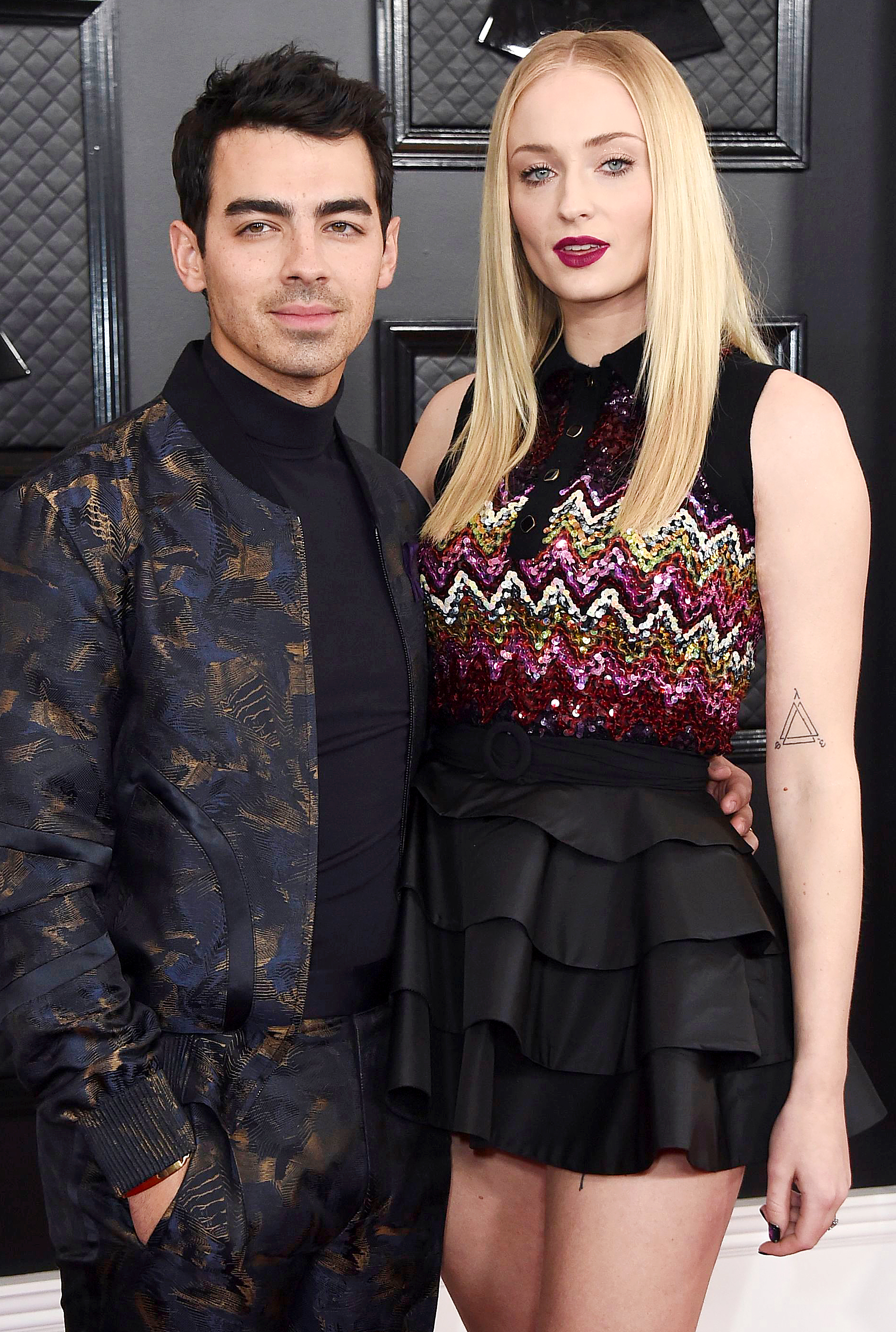 Jonas, 30, for his part, was wearing a matching face covering and a casual ensemble. He wore a Bruce Lee shirt, black jeans and black-and-white kicks with a cross-body bag over his chest. The musician also carried a snack as he went for a stroll with his love.

Turner and Jonas’ outing came more than a week after the pair, who wed in May 2019 in Las Vegas, attended a California protest on June 6, supporting the Black Lives Matter movement.

“No justice, no peace #BlackLivesMatter,” the Dark Phoenix star wrote via Instagram at the time, alongside photos from the peaceful event.

The Survive actress held a sign that read, “White Silence Is Violence” in solidarity with those fighting for justice among all races.

In addition to stepping out to add their voices to the call for change in the U.S., the pair have been spotted on multiple occasions amid quarantine taking walks ahead of their baby’s arrival.

“I’m a homebody. If I could stay at home all day I would, so this is great for me,” the Emmy nominee told Conan O’Brien during an interview in April where she wore sweatpants. “I leave the house like once a day anyway to walk my dogs and then that’s it.”

She added: “Everything seems to be working out in my favor here. It’s like prison for [Joe], but it’s great for me.”

Us Weekly confirmed in February that Turner is pregnant with the couple’s first child. She is “due in the middle of the summer,” a source told Us exclusively at the time.