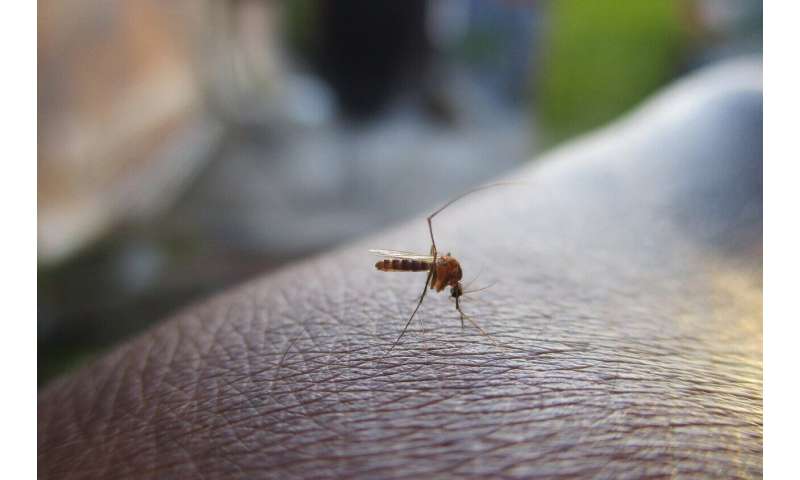 Spatial repellents can reduce the risk of people becoming infected with Aedes mosquito-borne viruses, according to new results of a clinical trial conducted in Iquitos, Peru. Results of the Peru trial are encouraging—study participants whose houses contained the spatial repellent were 34 percent less likely to become infected with Aedes mosquito-borne viruses compared to other study participants who received the placebo product without the repellent.

The Iquitos trial was part of a multi-year effort led by scientists at the University of Notre Dame to determine the protective efficacy of spatial repellents to prevent human infection with pathogens that cause diseases such as malaria, Zika and dengue, spread through mosquito bites.

“This is the first clinical trial to conclusively show a spatial repellent can protect against Aedes-borne virus infection in humans—a seminal milestone in research and development of spatial repellents as an effective intervention in disease control programs,” said Nicole L. Achee, co-principal investigator of the study and a research professor in the Department of Biological Sciences at Notre Dame. “This outcome contributes to building evidence that spatial repellents have the potential to improve public health in areas of the world where mosquito-borne diseases are a significant burden. We are thrilled.”

According to the World Health Organization, cases of dengue fever have increased exponentially since 2000, with an estimated 390 million infections reported each year and more than 40 percent of the world’s population at risk. The most recent Zika outbreak occurred in 2015-16. While symptoms of Zika are generally mild, it can result in several complications for women infected during pregnancy, including microcephaly and congenital abnormalities in newborns and Guillain-Barré syndrome. To date, 86 countries and territories have reported evidence of mosquito-transmitted Zika infection, and there are no known treatments.

The Aedes aegypti and Aedes albopictus mosquitoes that can transmit these viruses typically live in and around homes and prefer to bite people during the daytime, characteristics that lead to a high probability of people being bitten as they engage in their daily routines.

Spatial repellents release an active ingredient into the air to inhibit certain insect behaviors such as biting and feeding and to encourage movement away from a treated space. Achee and co-principal investigator Neil Lobo, research professor of medical entomology at Notre Dame, evaluated a passive spatial repellent emanator developed by SC Johnson for public health use in households susceptible to transmission of both dengue and Zika. The team conducted a cluster-randomized, double-blinded, placebo-controlled trial, which took place over the course of two years. The same team conducted a similar trial in Indonesia that focused on evaluating the impact of the same spatial repellent on malaria transmission. That study showed promising results with an approximate 28 percent reduction in first-time infection, while randomized village clusters with low to medium baseline malaria transmission saw an approximate 41 percent reduction in overall malaria infection.

“The significant epidemiological and entomological outcome of this study demonstrates that the spatial repellent paradigm can reduce morbidity associated with mosquito-borne diseases,” Lobo said. “The focus of this research is collecting evidence that clarifies an understanding of what’s needed to protect the world’s most vulnerable people from these diseases and directs decision-making strategies and policy for that purpose. We are excited to make this important step forward.”

The study included enrollment of 18,000 Iquitos residents in 2,400 households and real-time data management by collaborators at University of California, Davis. The spatial repellent was replaced in enrolled households twice per month by a study team led by the U.S. Naval Medical Research Unit Six in Peru.