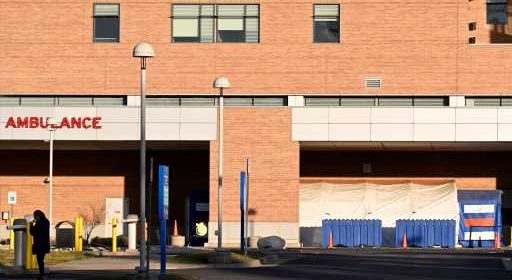 Flu and COVID-19 hospitalizations are rising in Colorado at a time when pediatric capacity is already strained by a surging respiratory virus, leading health providers to fear they could have to postpone surgeries again if too many people get sick in the coming weeks.

Clinics in the UCHealth system recorded 1,160 positive tests for influenza in the last week, which was a “huge jump” from 495 cases a week earlier, said Dr. Michelle Barron, the system’s senior medical director of infection prevention and control.

While most of those people will recover at home, some inevitably will need hospital care, which is a problem when COVID-19 hospitalizations are also rising and respiratory syncytial virus, or RSV, continues to put a severe strain on the capacity to care for pediatric patients, she said.

“The more people that get it, the more chances there are that someone will have a complication,” she said of the flu. “I feel like we’re again at the tipping point.”

The country is facing a “tripledemic” of COVID-19, flu and RSV, a virus that typically causes colds but can be severe in young children, said Dr. Oswaldo Grenardo, chief clinical officer for Centura Health. There’s some capacity in the adult system to absorb additional patients, but pediatric care is already strained, he said.

As of last week, 379 people in Colorado were hospitalized with COVID-19. While that’s well below the peaks set in fall 2020 and 2021, it’s more than double the number hospitalized three weeks earlier. The flu hospitalization rate, while still manageable, is higher than is typical at this point in the year.

An early flu season isn’t a neutral thing, with the same number of cases and hospitalizations shifted forward, Barron said. People are more likely to bring the virus to vulnerable relatives if it’s widespread ahead of Thanksgiving and Christmas than they are if the season peaks in January or February, potentially increasing the number of people who become seriously ill, she said.

For now, hospitals are mostly talking about the possibility of shifting resources around, like having flu clinic areas so that patients with respiratory viruses don’t infect others, Barron said. But if too many people get sick in the coming weeks, postponing nonemergency care to free up space could be back on the table, so it’s important for people to get vaccinated and stay home if they’re sick, she said.

“We have actions that can impact this,” she said.

For now, most of the strain is on pediatric units that are dealing with more than double the number of RSV hospitalizations seen at last year’s peak. Older adults and people who have compromised immune systems also can have severe RSV infections, but it disproportionately affects children.

Hospitalizations for RSV remain high, but they aren’t skyrocketing at the rate they were earlier this month, said Dr. Kevin Carney, associate chief medical officer at Children’s Hospital Colorado. The hospital hasn’t needed to use the tent it set up outside the emergency room much in the last week, but it has converted some additional spaces within the facility to serve as patient rooms, he said.

— RSV is relatively good at spreading via surfaces. Frequently clean toys that children share, and try to discourage sharing cups and utensils.

— If you notice your child isn’t getting better, seek medical attention, especially if they seem dehydrated or are working hard to breathe.

— Get your flu shot and COVID-19 booster as soon as possible, if you haven’t already.

— If you have respiratory symptoms, stay home. If you must go out, wear a mask and try to avoid vulnerable people, like young children and older adults.

— Consider wearing a mask in public to reduce your risk of infection.

Usually, RSV infections go down when children are away from school and daycare over holidays, but the Children’s Hospital isn’t banking on that, since viruses have been behaving in unusual ways and flu hospitalizations could increase in the near future, Carney said.

“There are too many variables to really predict,” he said. “We are going to be prepared as if nothing changes.”

Dr. Connie Price, chief medical officer at Denver Health, said they’re working to hire traveling nurses with experience in pediatric intensive care units, to better manage the increased need. Since young children have very small airways, they’re vulnerable to breathing complications from RSV, and some need to be placed on ventilators, she said.

Dr. Reginald Washington, chief medical officer for Presbyterian/St. Luke’s Medical Center and Rocky Mountain Hospital for Children, said they’ve freed up space in the children’s area by moving some older teens to rooms that normally treat adults, with staff who specialize in pediatrics continuing to care for them. They’re also evaluating surgeries scheduled for the next week to decide whether procedures that might require a child to spend multiple days in the hospital can be postponed safely, he said.

If the demand for adult beds also starts to rise sharply, Presbyterian/St. Luke’s will work with its sister hospitals owned by HealthOne to find space, Washington said. If that isn’t enough, they could postpone procedures, he said.

Some hospitals that don’t normally treat children are taking pediatric patients to ease the strain.

Dr. Oswaldo Grenardo, chief clinical officer for Centura Health, said they could take a few babies under 3 months old in their neonatal intensive care unit, but mostly they’re accepting transfers of 16- and 17-year-olds. Early in the pandemic, children’s hospitals that were largely empty took in adult patients, and now the situation is reversed, he said.

“It’s only natural for us to do the same,” he said.

The Centura hospitals have the beds and staff available to take more patients, though providers have to make sure they have the right medication doses for teens and are comfortable meeting their needs, Grenardo said. An executive order from Gov. Jared Polis earlier this week that gave providers the flexibility to work outside their normal practice area when treating patients with RSV and flu made it easier to feel confident that regulators won’t find fault if kids receive care under unusual circumstances, he said.

Dr. William McNitt, an emergency physician at Platte Valley Medical Center, said they normally transfer pediatric patients to designated children’s hospitals, but have started offering extended treatment in the emergency room for kids who seem likely to be able to go home if stabilized. That can mean giving them oxygen for up to eight hours, and discharging them with a tank and a follow-up appointment if they’re improving and don’t need to be hospitalized overnight, he said.

Parents shouldn’t hesitate to come in if they’re worried about their children, though, since the staff is experienced in triaging who needs care immediately, McNitt said. The same goes for adult patients, he said.

“Things may be taking a little longer, but we get everybody through,” he said.

The health care system nationwide has been struggling with staffing since before the pandemic began, which makes it challenging to hire additional people to manage an increase in patients, Price said. The southern states that were hit by the flu first seemed to be seeing higher-than-usual hospitalizations, so Colorado needs to prepare for a potentially severe season, she said.

“With all three of these (viruses) that have been on the rise and with the holidays coming up, we could be in for a rough winter,” she said.