Proper use of wearable technology is considered the ‘wild, wild west’ 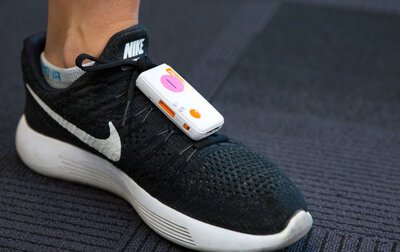 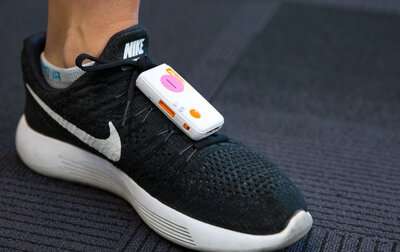 If you’re out sweating with your Fitbit aiming for 10,000 steps, Kinesiology’s Dr. Reed Ferber, Ph.D., wants you to know you don’t need to feel guilty if you don’t hit that goal.

“Right now, using wearable technology to collect scientific data out in the real world is the wild, wild west. There are no established rules,” Ferber says, noting that current wearable technologies don’t provide any context to the data they collect.

Wearable technology says a few things about what you did on any given day—for example, how many steps you took and what your heart rate was—but doesn’t explain what the data actually means. “It forces you to draw conclusions about how you did.”

In his research, conducted last summer, Ferber wanted to find out how many runs it would take to determine a ‘typical’ run for individual runners. In his study, which followed 12 recreational runners doing 10 runs each as part of UCalgary’s Marathon Training Program, he found that runners need to include data from at least five runs to better understand how they’re doing.

“It empowers people to figure out, ‘This is my average.’ Individual users can use this approach to take any five days’ worth of data, average it out and say, ‘This is what represents me.’ We are providing guidelines for the research community and for the end users of wearable technologies. And we would also like to see wearable tech companies use our research to change the way they provide data, in a way that’s more useful to their users,” Ferber says.

These guidelines are a platform for Ferber and his research team to move forward this spring with new research on injury prediction. “Once we have established what someone’s typical pattern is, we can use it to predict injury. If we know you are well outside the typical way you run, you might be on the verge of an injury,” explains Ferber, who hopes to enrol hundreds of runners in this research.

Prediction to protect injuries in many sports

The researchers will collect data to determine runners’ individual ‘green zones’—the typical way they run. They will then use that data to determine whether they can predict if runners are about to become injured, before they feel pain, and helping them make adjustments to prevent an injury from actually occurring.

This research applies to anyone who’s using a wearable fitness device of some type —everyone from runners to mall walkers, cyclists, swimmers and others, Ferber says.