Patients with bladder cancer are being made to wait up to five months for treatment because of an NHS loophole, it has been revealed.

Health service guidance counts a biopsy – the removal of a small sample of cells to be tested – as the beginning of treatment.

This means the NHS’s 62-day treatment waiting limit stops once a patient has had a biopsy, and they are being left to wait up to 144 days to start actual therapy.

Politicians and campaigners have written to the Government urging it to act to improve care for patients with the illness, which kills around 5,000 Britons per year. 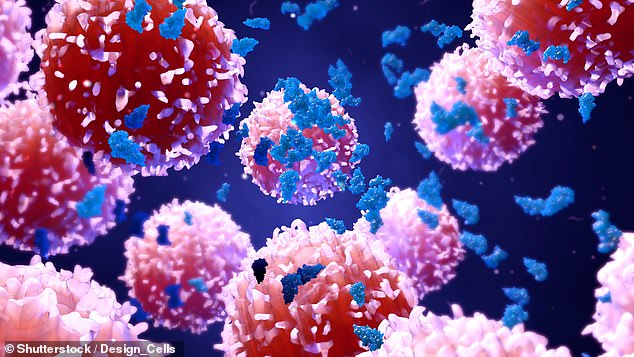 The NHS records biopsies and a type of treatment for bladder cancer under the same name so, on paper, it can look like patients who have only been tested have been treated (stock image)

‘I am concerned that this loophole is hiding the true picture of patient waits,’ Labour’s Shadow Health Secretary, Jonathan Ashworth, told The Guardian.

‘The clock effectively stops for people with bladder cancer once they have received their first [biopsy] and they are counted as having been treated within the [62-day] target.

‘However, if the cancer is more advanced, there can be further cancer tissue in the body and patients will invariably then need definitive treatment of the cancer, such as surgery or radiotherapy.’

The loophole happens because the NHS uses the same term for a bladder cancer test and for a type of treatment.

The trans-urethral removal of bladder tumour (TURBT) is an operation in which surgeons insert a tube through the urethra to remove all or part of a bladder tumour.

WHAT IS BLADDER CANCER?

Bladder cancer is caused by a tumour developing in the lining of the bladder or the organ’s muscle.

It is the 10th most common cancer in the UK – but a little more prevalent in the US – and accounts for about three per cent of all cases.

The cancer is more common in men and has a 10-year survival rate of about 50 per cent. Around half of cases are considered preventable.

Symptoms of the disease include blood in the urine, needing to urinate more often or more urgently than normal and pelvic pain.

However, unexpected weight loss and swelling of the legs can also be signs of the killer disease.

Smoking and exposure to chemicals in plastics and paints at work can increase the risk of getting bladder cancer.

Treatment varies depending on how advanced the cancer is, and may include surgery, radiotherapy or chemotherapy.

However, the charity Fight Bladder Cancer says, this procedure is often only used to take a small part of the tumour to send to a lab for testing.

These patients are still recorded as having had the procedure so, on paper, they appear to have been treated for their cancer.

Many will be left with tumours remaining in their bladder but the countdown to their treatment has already stopped, meaning they slip through the net.

The NHS revealed in one of its own reports last year that some people had to wait 144 days – five months – before having surgery or radiotherapy.

Health service figures showed 21.2 per cent of patients in 2017-18 had to wait longer than the NHS’s 62-day waiting limit.

‘There are currently no effective treatment targets for the more than 18,000 bladder cancer patients diagnosed every year in the UK,’ said Andrew Winterbottom, founder of Fight Bladder Cancer.

‘It seems a small problem, but this [loophole] makes the NHS’s key 62-day waiting time target for cancer treatment redundant for thousands of bladder cancer patients.’

Fight Bladder Cancer and the British Association of Urological Surgeons have backed Mr Ashworth’s call for the Government to act on the problem.

Mr Winterbottom added: ‘We see the impact every day, with vulnerable patients left to wait far too long for potentially life-saving treatments – with devastating results.

‘Bladder cancer patients should have the same right to access effective treatments in a timely manner as patients with any other cancer.

‘A technical problem with the guidance should not have been left to deny patients access to treatment for so long, and we hope that the Government will now take action to right this wrong and end the inequality for patients with bladder cancer.’

Cancer waiting times in England sunk to their worst ever levels in July last year, according to damning NHS statistics.

Only 78.2 per cent of patients started treatment within two months of an urgent GP referral – below the Government target of 85 per cent.

Charities slammed the figure, which was the lowest percentage since records began nearly 10 years ago, in October 2009.

And the Royal College of Nursing warned the ‘bold statistic represents untold stress and misery for thousands of patients and their families’.

The figure has since risen to 81 per cent for December 2018, the most recent available data.