On the skin of each of us is a deadly bacterium 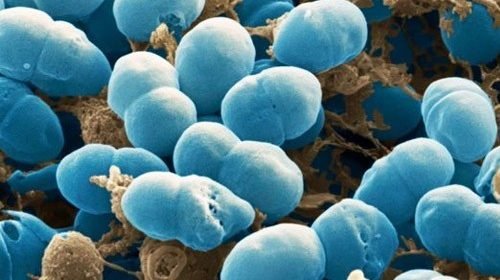 Scientists are concerned that present on the skin of every human organism is becoming more dangerous because of antibiotic resistance. Perhaps in the company of such notorious bacteria as methicillinresistant Staphylococcus aureus and Escherichia coli, will be replenished.

Researchers from the Center of the evolution of Milner at the University of Bath (Centre for Evolution Milner, University of Bath) warn created by this micro-organism threat. It should be taken more seriously and to use additional precautions before surgery for people at high risk of infection. The study is published in Nature Communications.

Understanding why some strains of S. Epidermidis cause disease in certain circumstances, will allow in the future to identify before surgery which patients are most at risk of infection.

The researchers took skin swipe samples from patients undergoing infection after operations to replace hip or knee joints and fixation of fractures, and healthy volunteers.

They compared genetic variation in all genomes of bacteria found in smears from patients and healthy people. Then identified 61 gene in pathogenic bacteria, which were not in the most healthy specimens. It was also found that a small number of healthy people, without knowing it, are carriers of a deadly form of bacteria.

It was discovered that the genes causing the disease, help bacteria to grow in the bloodstream, to avoid the immune response of the host cell to make the surface sticky, so that the organisms can form biofilms and to make the germ resistant to antibiotics.

Staphylococcus epidermidis is a lethal pathogen for all to see. It is always ignored clinically, it is often assumed that it was a contaminant in laboratory samples or it just took over the established operational risk, said one of the study’s authors Professor Sam Sheppard (Sam Sheppard).

Postoperative infections can be incredibly serious and even fatal. Almost a third of deaths in the UK occur due to infections, so you need to do everything possible to reduce the risk.

If we can determine who is most at risk of infection, we can target these patients additional hygiene measures before they survive the surgery, said Sheppard. Because the microbe is so common, they can occur very quickly, exchanging genes with each other.

If nothing is done to control a situation resistant to the antibiotics post-operative infection will spread even wider.

Professor Dietrich Mack (Dietrich Mack), one of the researchers, said: Surgery for joint replacement helps many patients to live independent and pain-free life, but can get a catastrophic rate due to infection S. epidermidis. These infections are difficult to diagnose, and it is hoped that the related disease genes may help to separate in a clinical laboratory harmless skin culture from strains of S. epidermidisthat cause disease. This should be considered in future studies.