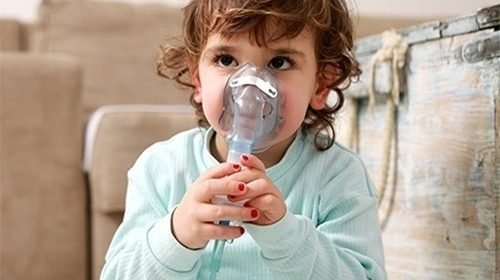 Almost all families of cystic fibrosis patients (98%) buy their own expense medicines, special food, equipment and other means of recovery. Almost half of the families (46%) spent from 5,000 to 15,000 rubles per quarter, 25% – from 15000 to 30000 and 15% more than 30,000. At the same time, innovative pharmacogenetic drugs in Russia is not available at all. These data were obtained from the survey, timed to coincide with the European week of cystic fibrosis the most common of the rare diseases.

Cystic fibrosis is included in the Federal programme for 7 costly nosologies, however, the basic treatment of the disease under this program is purchased only one drug Pulmozyme.By Pulmozyme in full the amount secured 90% of patients, and the rest answered that they get it intermittently. Half of the patients began to receive Pulmozyme immediately after diagnosis, the rest later. Moreover, one third of patients, the drug became available only after the registration of disability. (The need to decouple the provision of medicines for people with certain diseases from obtaining disability for many years talking to doctors, patient organizations, but nothing changes).

For the first time about the diagnosis half of the respondents learned as a result of neonatal screening (blood test conducted in the hospital), a third sweat test assigned in connection with the clinical manifestations of the disease, others by accident. Vital patients with cystic fibrosis sowing on flora and sensitivity to antibiotics on a quarterly basis (as required in the guideline) pass 58% of patients, 16% do so monthly, and 26% – as necessary. Moreover, almost half of the respondents losing the crops at his own expense in certified laboratories and are familiar with the specifics of the disease (Moscow, Samara and some other cities ), a third for free (the form №057, which allows to do the analysis at the expense of means OMS) in the same laboratory and in the laboratory at the regional center for cystic fibrosis, the remaining trust or paid network laboratory or its regional clinics.

Half of the families never asked for help to charities. A quarter asked for drugs, 15% – for technical means of rehabilitation and medical products and 4% for legal assistance. To the authorities patients with CF more often than to charities: 60% of respondents appealed to the Ministry of health, 25% was applied to the regional committees and health departments and public organizations, 34% healthcare, 8% – to the Commissioner for the rights of the child to the Prosecutor’s office and the court reached 16% and 6% respectively.

The analysis of intestinal organelles heard only 56% of the respondents. With regard to pharmacogenetic targeted therapy, two-thirds of respondents do not know which gene concealer suits them. 10% know what they are looking Symdeko little Kalydeko and Orkambi (shown in the most common mutation F508 del). However, this knowledge still does nothing innovative pharmacogenetic drugs in Russia is not available with rare exceptions, when people have the funds for extremely expensive individual commercial purchases.

A poll conducted by the initiative group of parents of sick children from different regions of the country. 524 respondents out of 200 settlements answered 42 questions covering different aspects of life with cystic fibrosis. Total in Russia, according to Ministry of health officially registered nearly 3,000 cystic fibrosis patients. Thus, the research questions were answered almost 18% of all Russian patients. We tried to make a selection so large, that, after receiving these data, health authorities can start work on improving the system of rendering medical aid to our children. And, above all, on the timely provision of their proven medicinal drugs that not always there is money in regional budgets, – has told the representative of initiative group of parents Andrew Vasin.