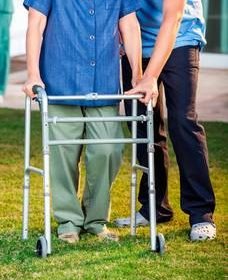 More than one in four people caring for their own children as well as elderly relatives are suffering from depression or anxiety, new data suggests.

Figures from the Office for National Statistics (ONS) show that the twin responsibilities of looking after children and sick, disabled or elderly relatives leaves many people struggling financially and leads to lower levels of satisfaction with life.

Some 27% of “sandwich carers” – who are most often women – suffer mental ill-health such as depression or anxiety compared with 22% of the general population, the data shows.

More than 1.3 million people in the UK are now sandwich carers, in part due to the increasing life expectancy and women having their first child at an older age, according to the ONS.

Women make up 62% of all sandwich carers, while the majority of carers are aged 35 to 54.

One in three sandwich carers said they were “just about getting by” financially, but one in 10 was “finding it difficult” or “very difficult” to cope on the money front, the data showed.

Only 17% said they were “living comfortably”, compared with 32% of the general population.

The large survey also found that sandwich carers have lower levels of life satisfaction and satisfaction with their health compared with the general population.

Those providing between 10 and 19 hours of adult care per week were least satisfied on both measures, possibly because 69% are balancing these responsibilities with other paid work, the data suggests.

Those who provided more care were less likely to work, although 41% looking after a relative within their own home wanted to work more.

Hugh Stickland, head of strategy and engagement at the ONS, said: “With an increasing ageing population and people deciding to have children at an older age, more people across the UK may soon find that they are part of a new ‘sandwich generation’.

“This affects more women than men, with women more likely to feel restricted in how much they can work alongside looking after older, sick or disabled relatives and children.

“The well-being of sandwich carers is varied, with parents who spend less than five hours a week looking after older, sick or disabled relatives seeing slightly higher health and life satisfaction compared with the general population.

“However, those who spend more time caring show lower levels of health and life satisfaction, and are more likely to experience symptoms of depression or anxiety.”

She added: “With the social care system under extreme pressure, additional stress is being placed on families who are trying to juggle children, work and older relatives.

“It is vital that the Government provides ambitious proposals for the funding and delivery of adult social care in the upcoming Green Paper – proposals that better support older and disabled people, giving the sandwich generation the ability to better manage work and caring responsibilities.”