Scientists: “On the basis of the walking speed really possible to predict mortality” 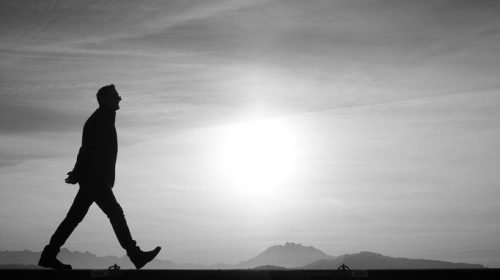 The condition is usually evaluated by measuring blood pressure and checking body mass index (BMI). But American researchers say that this list would be helpful to add another indicator, namely the measurement of walking speed.

Studies show that the faster the walking pace, the better the health outcomes. According to the journal JAMA, American surgeons had previously proposed to use this indicator as a method of identification of patients who may experience difficulty recovering after surgery. There is also evidence that this indicator has a lot to tell doctors about the health problems, in particular, be a marker of cardiovascular disease and cognitive impairment.

Yet doctors do not use it as an indicator of disease, but some researchers like, for example, Dieli-Conrat have already started to apply it. Currently she is exploring the question of how physical exercises affect survival in breast cancer, and the walking speed this is the indicator, which in this case keeps track of her group of researchers.

The idea is that the more a person gets sick, whether in the treatment of cancer or any disease, it lose power and, consequently, the ability to move. Suppose someone never engaged in physical exercises on such a person is more likely to be affected by chemotherapy, which forces the patient to lie in bed, says was Dieli-Conrat.

In her words, slowing of walking speed not only means that the implementation of any action required more time. In the case of cancer patients, we are talking about the possibility to go to the bathroom or even just to get out of bed.

In addition, doctors can use a measure of walking speed to determine human biological age that can be more or less than chronological age.

It’s not about to start going faster as there is no evidence that the acceleration of walk affects your health. However, it is important to pay attention to how you are physically active. In the study, it was observed that those who walked faster, slower worsened the condition. If your gait slows, it may indicate the disease, underlying the slow walk. The words Dieli-Conrat their study emphasizes the importance of walking and mobility regardless of age.