Nurses strike: Patients to find out today if three-day walkout has been averted 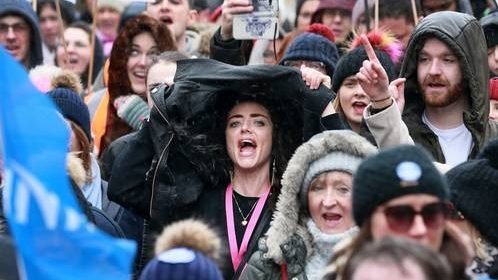 PATIENTS will find out today whether an 11th hour attempt to avert three nurses strikes from tomorrow has worked.

The Labour Court will decide whether there are grounds to formally intervene in the pay row after marathon talks.

Discussions that began yesterday ended after 3am this morning.

If there are proposals, the Irish Nurses and Midwives Organisation may decide to suspend the industrial action.

If not, the three-day walk-out by nurses from tomorrow is set to cripple hospital services and threatens to put patients’ lives at risk.

More than 40,000 striking nurses will leave hospitals, psychiatric units and community health services reduced to emergency cover only from 8am Tuesday.