Mothers’ SSRI use during pregnancy not related to childhood depression 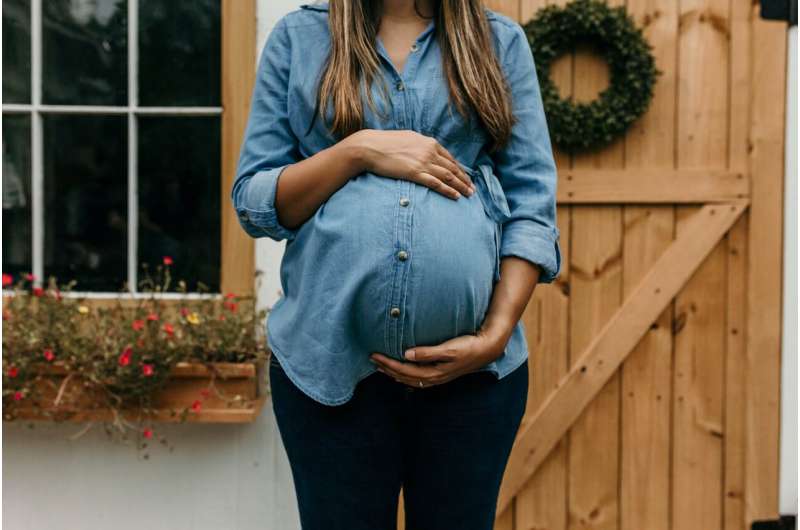 In one of the first studies to look at the association between selective serotonin reuptake inhibitors (SSRI) medications and brain development in young children, research from the Behavioral Research and Imaging Neurogenetics (BRAIN)Lab at Washington University in St. Louis found no association between children’s exposure to the drugs in the womb and later childhood depression.

The study is in press in the journal Biological Psychiatry Global Open Science.

For the investigation, author Allison Moreau, a Ph.D. student in the BRAIN Lab run by Ryan Bogdan, associate professor of psychological & brain sciences in Arts & Sciences, analyzed a sample of more than 10,000 children from the largest long-term study of brain development in the United States, the Adolescent Brain Cognitive Development (ABCD) Study.

Initially, they observed among children prenatally exposed to SSRIs a small increase in depression that was independent of family history of depression and child polygenic risk for depression. However, they found that this association was no longer significant once they subtracted from their analysis the known effect of maternal depression on a child.

“We found prenatal SSRI exposure is not associated with increased depression, after accounting for the mother’s current depression,” Moreau said.

SSRIs are a class of medications often prescribed to treat depression, but they are also used as treatment for other illnesses, such as obsessive-compulsive disorder and anxiety.

In addition to behavioral outcomes, the researchers also looked at the children’s brain structures to determine whether there might be any associations between prenatal SSRI exposure and any changes in the children’s developing brains. There, the data did reveal a difference between children who were and were not exposed in the womb to SSRIs, but it was not related to children’s depression.

“Notably, the observed brain differences were small, and they were also unrelated to depression,” Moreau said. “It’s unclear if these small differences have any meaningful consequence.”

In the meantime, Moreau says the findings can be used to facilitate a conversation when it comes to clinical care and pregnancy. About 5.5 percent of pregnant people take SSRIs; 11 percent do so during their reproductive years.

However, this study does not resolve this question. The researchers will have the opportunity to look at these children as they grow older as the ABCD study will follow them into young adulthood. The ability to be able to return to these children and capture more data is particularly important as the average age of depression onset is 19.

Indeed, Bogdan said, “Many may feel between a rock and hard place when facing medical decisions, especially during pregnancy—these data suggest that risk for depression during middle childhood associated with prenatal SSRI exposure should not discourage SSRI use.”