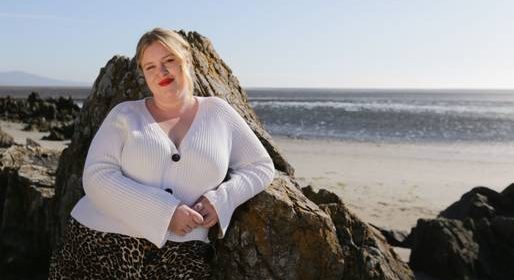 My first memory of experiencing body shame was my ninth birthday. I know it was my ninth birthday because my parents and I were renting a house that year while they built their dream home. I remember specifically standing at the window of the spare room, which overlooked the front garden, and watching while a girl from my class came bounding up the driveway in the most stunningly psychedelic cycling shorts I’d ever laid eyes on. I looked at her and her exquisite shorts and thought to myself, “I wish my legs were skinny enough to wear shorts like that”. And so it began.

Fast forward 20 years and a couple of months and I can say with no small amount of pride (and a healthy dollop of smugness) that I love my body. I accept it for everything that it is and everything that it isn’t. I think I’m beautiful. I think I’m strong. When I wake up in the morning, I can sit upright, swivel to the right and put both feet on the floor without pain or resistance – and that’s a privilege that far too many of us never experience. But it wasn’t easy going from that nine-year-old girl to the woman I am now.

You see, I, like most of my generation, was raised to believe that fat is the worst thing a girl can be. My parents made it very clear to me that their mission in life was to raise a “healthy” child of a “healthy” weight. The school system taught me that fat people weren’t respected and wouldn’t succeed.

My peers showed me that if I was the fattest in the room, I’d be treated differently. Men taught me that my body was my worth, my only offering, and if it was fat, I should be grateful for whatever respect, attention and even abuse they were willing to give. And pop culture instilled in me the belief that unless I was doing absolutely everything I could to achieve the “perfect” body during every waking moment, I wasn’t welcome. All of these lessons came wrapped under the guise of loving care and concern. But the outcome didn’t feel very loving or caring to me when I was nine or 19. At the age of 25, I was taking antidepressants daily and seeing a therapist weekly. I had developed an eating disorder and suicidal thoughts. I was fat despite over a decade spent dieting, exercising and doing everything I could do to be the girl I thought I needed to be and stifling the woman I truly was. I remember sitting in front of my therapist and crying to him that I couldn’t lose weight in our first session. He asked me why I couldn’t shed the pounds and I wasn’t able to give him an answer.

I can’t and wouldn’t ever want to speak for all fat people out there. I am here to tell my story and mine alone. But what I can say is that after a year of intensive therapy and professionally guided introspection, I realised just how big a part self-loathing played in my weight gain and subsequent mental illness.

Growing up in a world that expects you to fit into a narrow mould set by big beauty corporations and fashion powerhouses is not easy. When you fail to reduce yourself to said mould for whatever reason, you are for all intents and purposes, a catastrophic failure. This feeling of failure was fundamental to my self-loathing because it led me to believe that I didn’t deserve respect, kindness, compassion or love from anyone – myself included.

The self-loathing led to binge eating, which caused weight gain, which caused self-loathing and so on. That vicious cycle was my entire life for more than a decade and was, ultimately, why I eventually wanted to end my life. In the years since my recovery, I ran an Instagram account through which I tried to empower other Irish women to accept and love the skin they’re in. Over those years, thousands of followers shared their personal stories with me, and you know what the one thing that every single one of them had in common? Self-loathing.

That self-loathing stems from lifetimes spent being spoken down to in almost every social dynamic in our lives. Family members lecture us about our health as though we’re children. GPs humiliate us by prescribing weight loss for everything and refusing to consider other causes of our symptoms, denying us of adequate health care simply because we’re bigger. TV shows and movies openly mock and dehumanize us. Men fancy us, but will never hold our hands in public or admit to their friends that they’re into the fat girl. The media warn us of the dangers of having the bodies we have. Entrepreneurs tell us they can fix us.

And every single day we lose a little more of our dignity. So we eat.

Researchers have looked into this. In one Yale University study, a group of plus-sized women was shown a video that was intended to trigger their sense of body shame and stigmatisation. At the same time, another group was shown a neutral video that wasn’t triggering in any way.

After the groups had finished their videos, they were given access to snacks and refreshments. The researchers found that the women who had watched the triggering video ate more than three times as many calories as the women who watched the neutral one – showing that the very act of feeling stigmatised for being ‘fat’ led to emotional eating.

Scientists from the Florida University College of Medicine tried to figure out if fatphobia could actually cause obesity in people of a “healthy” weight, and, unsurprisingly, they discovered that it absolutely could. Over 6,000 participants took part, 4,000 of which weren’t obese when the experiment began. Over the course of the experiment, the participants who experienced body shame and stigmatisation put on weight, whereas the others didn’t.

And a study in the American Academy of Paediatrics shows that teenage girls whose food was restricted in the home (in an effort to make the children “healthier”) were up to 18 times more likely to develop eating disorders than those who were allowed to eat what they wanted, when they wanted. Self-loathing strikes again.

So why couldn’t I lose weight over all those years? Because the way we treat fat people in this country makes it infinitely harder for them to do the very thing we’re all so obsessed with.

Einstein defined insanity as doing the same thing over and over and expecting different results. By his definition, we’ve completely lost it.

Until we start to treat fat people with the basic level of respect, kindness and compassion that all men and women deserve, we will never address the obesity crisis in the way that we want and will only continue to do untold damage to the minds and hearts of the boys, girls, women and men that we so vehemently profess to be helping.