Dear Dr Nina: 'I'm vaping to help quit smoking, but is it safe?' 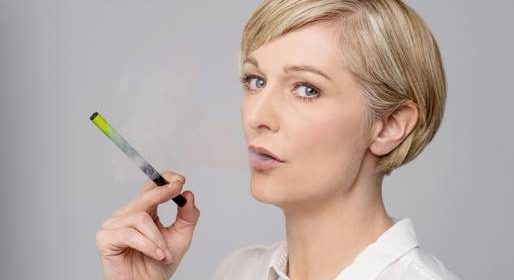 Q I have struggled for years with my addiction to cigarettes. I’m now approaching 50 and have children under 10, so I am very keen to quit. I haven’t had a cigarette for the last two months as I have been vaping. But now I’m reading all sorts of stories about vaping causing problems. I know it isn’t actually good for you, but I did think it was the lesser of two evils. I am afraid if I stop, I will start smoking again. Which is worse? Cigarettes or vaping?

There are no long-term studies available which back up the claim that e-cigarettes are less harmful than traditional tobacco products. Remember it took many years for the association between traditional cigarettes and cancer to become clear.

A study in 2018 shone a light on the multiple chemicals produced when the flavours and the vapour carriers of e-cigarettes combine. These compounds may be lung irritants and may in fact cause damage to cells in the lung. There have been six deaths and 450 cases of unusual lung disease recently blamed on e-cigarette use.

There is no doubt that the vapour expelled from e-cigarettes contains a lot fewer harmful chemicals than traditional smoke, but studies suggest that it is not entirely toxin free.

The issue as to whether or not swapping from traditional cigarettes to e-cigarettes will help you quit smoking is a contentious one.

One study showed that those who smoke e-cigarettes are no more likely to quit than regular smokers, even though 85pc of participants said they were using them to quit. A 2018 study randomised 886 quitters to e-cigarette or other nicotine replacement. Although those using e-cigarettes had a higher cigarette quit rate ( 18pc vs 10pc), 80pc were still vaping at the one year follow-up, suggesting this did not act as a quit aid.

Another year-long study suggested that many people believe that e-cigarettes will help them quit, but six to 12 months after their first interview nearly all of them were still smoking. E-cigarette companies have been accused or producing devices and flavours that may be particularly appealing to younger people who may not otherwise have tried tobacco products. The fact that big tobacco is investing in these companies should be enough to send alarm bells ringing. If quitting was the goal, they would be shooting themselves in the foot.

So, in summary, while using an e-cigarette is still likely to be less harmful than smoking tobacco products, the jury is still out as to what health risks these products may pose. There is little evidence to suggest that using e-cigarettes will actually help you quit. For now, although there are various substitutes for cigarettes available, willpower remains your most important ally in the battle to quit for good.

⬤ If you have any queries, email [email protected]