Dear Dr Nina: Have I developed a wine allergy? 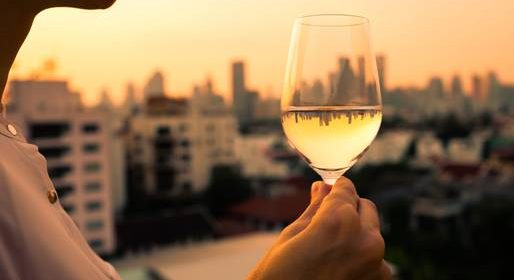 Q I would regard myself as a social drinker and generally come in at or under 14 units of alcohol a week. However, over the summer, on a number of occasions I have become very flushed after drinking, and developed a rash. This was after drinking what would have been a maximum of three glasses of wine – I don’t drink beer or spirits. My husband has suggested that I might have developed an allergy to alcohol, as I’ve never had any problems like this before, and I’m not on any medication. Do you think I could have an allergy?

Dr Nina replied: Alcohol-induced flushing is in fact quite common and can be due to a number of causes.

Rosacea is one possibility. This is most common in those aged 30 to 60 and is thought to affect 13pc of the Irish adult population. Those who are fair-skinned, have light hair and eyes, a family history of rosacea, and flush or blush easily are most at risk. Typically it starts out with facial redness and flushing and blushing. This is especially noticeable on exercising. Rosacea progresses to the appearance of small, broken blood vessels on the skin, mainly around the nose and cheeks, and increased skin sensitivity. Finally small red bumps and pimples appear and persist. spreading across the forehead, chin, cheeks and nose. Up to 50pc of those with rosacea may also have eye symptoms such as itching, dryness, scaling and redness.

Sulphites, preservatives used in wine-processing are another common culprit. Those who are sensitive to this may notice flushing, a rash and even hay fever type symptoms may occur. Any wine having sulphite concentration in excess of 10 parts per million is required to be labelled as “contains sulphites”. Looking for wines below this amount may help reduce symptoms.

Given that your rash and flushing occurred during the summer, it may be that you have some hay fever type symptoms that have been further flared by the additional sulphites in the alcohol you are consuming.

Alcohol-related flushing is extremely common in Asian populations due to a genetic enzyme deficiency. The deficient enzyme helps the body break down alcohol. If you have lower levels or a deficiency of this, you will get a build-up of a product called acetaldehyde in your blood when alcohol is consumed. This leads to flushing rash and sometimes palpitations or a drop in blood pressure.

There are rarer medical causes of flushing with alcohol. One rare but important one is carcinoid syndrome. This is a form of cancer that normally occurs in the gut and it may lead to flushing after ingesting alcohol. Your GP can arrange a 24-hour urine collection to look for an enzyme that may suggest this is the cause. This is a rare cause, however.

I would advise a visit to your GP. If you have rosacea, treatments can be prescribed but alcohol avoidance is one of the best solutions if the flushing is problematic. If sulphite allergy is the issue, some people find taking an antacid or antihistamine before consuming alcohol helps. Unfortunately, if a genetic issue is in play, medication won’t help.

⬤ If you have any queries, email [email protected]