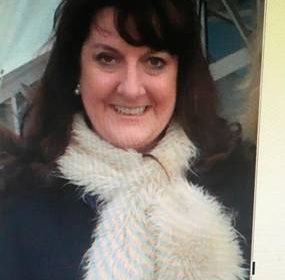 The late CervicalCheck cancer activist Orla Church has been praised by Health Minister Simon Harris for her contribution to guidelines for doctors on cervical cancer.

Ms Church (54), from Beaumont in north Dublin, who will be buried today, had possible symptoms of the cancer in 2015.

But when referred to a gynaecologist she was put on a 15-month waiting list because her smear test results were returned as “normal”.

She paid privately for an appointment and discovered she had cervical cancer.

She had previously got two clear test results in 2011 and 2014 after going for screening with CervicalCheck.

Ms Church researched her condition, a rarer form of cervical cancer called adenocarcinoma, which is less likely to be picked up by smear tests.

It spurred her to liaise with Dr Peter McKenna of the National Women and Infants Health Programme to use her experience to input into guidelines for doctors.

A spokeswoman for Mr Harris said yesterday he had the privilege of meeting Ms Church.

He was impressed by her determination to bring her experience to bear on making improvements for the future.

“She made a singular contribution leading to and collaborating on the production of new clinical guidelines related to her condition,” she said.

“The minister is deeply sad to hear of her loss and she will be much missed.”

Ms Church’s sister Aine said yesterday she wanted to ensure that other women who got a clear test and had symptoms were given an urgent appointment with a gynaecologist.

She made a strong case for the introduction of HPV testing in laboratories used by CervicalCheck to reduce the chances of abnormalities being missed.

“She attended medical conferences and made presentations,” Aine said.

“Unfortunately her cancer returned last May.”

Ms Church worked as an analyst in the Central Bank up until last autumn.

“She was disappointed a meeting of the 221 support group with the minister was cancelled at the last minute in December. She was in hospital but would have attended,” added Aine.

The meeting is now rescheduled for the end of this month.

Ms Church will be buried today at Balgriffin cemetery after Mass in the Church of Our Lady of Consolation, Donnycarney, Dublin. She is survived by her parents, Charlie and Maureen, sisters, brothers, nieces and nephews.