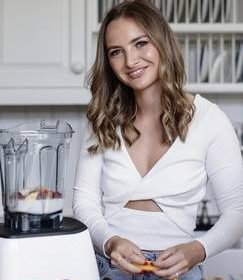 The swift development of deadly sepsis from an ordinary infection was demonstrated by the “scary” experience of leading young food writer Indy Power.

The writer and author is backing calls for a new nationwide awareness campaign to help faster public recognition of the symptoms of sepsis.

She supports the call for a major information campaign proposed by Mayo GP Dr Keith Swanick who is a Fianna Fail senator.

Sepsis can worsen rapidly and it kills 3,000 people in Ireland each year. Rapid treatment with antibiotics will save lives.

Ms Power (26) was hit suddenly with sepsis on a transatlantic flight with her husband in December.

“I had a tickle in my throat when I boarded the flight in Dublin for San Francisco. When we arrived 10 hours later, I had icepacks on swollen glands on both sides of my neck,” she said.

On a journey to Hawaii, they were having a layover in Las Vegas. She had “an awful fever” while staying overnight in the Vegas hotel and she went to a hospital in the morning.

Emergency room medical staff quickly hooked her up to IV antibiotics and tests showed a throat infection had developed into sepsis. She spent another 40 hours in hospital before being discharged with a supply of powerful antibiotics. They made it to Hawaii a few days late.

“I will back 100pc the call for a nationwide awareness campaign,” said the writer, whose website thelittlegreenspoon.com promotes healthy eating and vegan cooking.

She said it was “very scary” that the sepsis had felt like a bad flu and that she may not have gone for medical help if she was at home in Dublin. Sepsis can kill rapidly.

“I had no idea sepsis was so prevalent… My main symptom that set it apart from a bad flu was that I felt really panicky and emotional,” said Ms Power, who writes for the Irish Independent Weekend magazine.

Senator Swanick, who has a GP practice in Belmullet, said “Most people don’t know what sepsis is. But it kills more people than heart attacks, breast cancer or lung cancer. It can kill a healthy person within 12 hours,” he said.

Efforts to raise awareness of sepsis in Ireland have not been effective enough and a focused, high profile campaign similar to public health campaigns on meningitis and stroke needs to be launched as a matter of urgency, he said.

Any infection such as a chest infection or an infected small wound can swiftly develop into sepsis which can kill rapidly.

“Sepsis is the immune system’s over-reaction to an infection or injury. Normally, our immune system fights infection but sometimes, for reasons we don’t yet understand, it attacks our body’s own organs and tissues.

“If not treated immediately, sepsis can result in organ failure and death.

“But if it is diagnosed early it can be successfully treated with antibiotics,” he said.

Only 28pc of Irish people claim to have any knowledge of sepsis. A big campaign, including use of television and media, is needed to raise that low percentage to at least 70pc or 80pc in order to save lives, he said.

A major campaign should also be aimed at health professionals for early diagnosis of sepsis with clearer and faster referral pathways for their patients, he said.

The HSE stated many initiatives to raise awareness of sepsis were undertaken and aimed at both the public and health workers. Early recognition is vital and going to a doctor or an emergency department must happen sooner rather than later.

The HSE said there has been improvements in early recognition of the illness in Ireland.