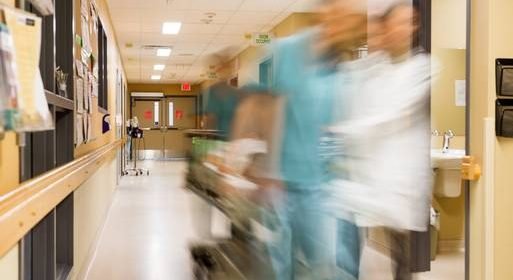 The death toll from flu has risen to nine as the virus is expected to spread for at least another six weeks.

It comes after three further deaths were reported last week with 545 patients hospitalised with flu so far this winter.

Hospital A&E departments are bearing much of the brunt of the spread of flu with 480 patients on trolleys yesterday waiting for a bed.

Three of the six outbreaks – where one person passed it on to another – were in hospitals.

There were increases in all age groups with the highest rates reported among 15-64 year olds.

The HSE urged people in high-risk groups to get vaccinated against flu, as the number of reported cases of influenza-like illness (ILI) in Ireland continued to increase in the past week.

Meanwhile, new research on the socio-economic factors that are behind some of the increase in attendances at A&Es found lack of a job increased the likelihood of attendance by 38pc.

Poor housing pushed up the likelihood of attendance by 34pc. The survey looked at 20 disadvantaged neighbourhoods across the north-west of England. Depression, a need for help with personal care, access to public transport and household proximity to A&E departments were other key factors found to influence an individual’s decision on whether to attend.

Those living closer to an A&E department also formed a higher proportion of attendees while the distance from their local GP surgery could also influence a decision to attend.

Dr Clarissa Giebel, a research manager at the University of Liverpool, said: “A&E attendance rates are rapidly on the increase and are particularly high in disadvantaged areas. In order to reduce A&E attendances we need to consider wider factors communities are facing.

“Inequalities around employment and housing are an important part of understanding the motivations for attendance levels and there is a clear need for closer consideration of the placement of primary care services and ensuring clearer public access routes to them.”

The research also identified that higher levels of education were associated with an increased likelihood of A&E attendance.