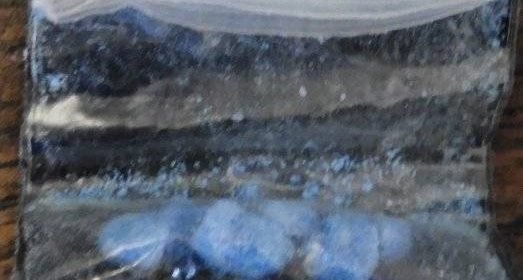 Peterborough Public Health issued a drug alert on Friday afternoon following reports of overdoses caused by toxic blue heroin, which the public health authority says is being sold and circulated in the Peterborough area.

“This alert is assuring that the broader public is aware that we do have this very toxic substance present here in Peterborough and it may be putting people at risk,” said Dr. Rosana Salvaterra, Peterborough’s medical officer of health.

Salvaterra said she couldn’t confirm whether any deaths have been related to overdoses from blue heroin but added that, in the past three days, there have been eight overdoses reported and treated at the Peterborough Regional Health Centre.

“The police did confirm that they have seized some of this drug, and it appears to be blue heroin, which has very high levels of fentanyl in it, which is deadly,” said Salvaterra.

PPH is warning the public and drug users that this blue heroin is contaminated with toxic substances and can lead to death, describing the drug as a blue pill that can look chalky and crumbled.

Police have yet to confirm how many overdoses have occurred at this time, but Salvaterra said police are investigating where the drugs are coming from, and samples of the seized drugs have been sent to labs for testing.

There were 17 drug-related deaths accounted for in 2018, while there have already been six confirmed drug-related overdose deaths in Peterborough this year.

PPH recommends that people don’t use drugs alone. Those who are with a friend are encouraged not to use at the exact same time, to carry a naloxone kit and to keep the kit in a visible place. Public health officials also urge drug users to avoid mixing drugs and to test substances by using only a small amount first.

Under Canada’s Good Samaritan Drug Overdose Act, anyone seeking medical assistance for themselves or someone who is overdosing won’t be charged for possessing or consuming drugs of their own accord.