Diners opt to eat healthier meals if calories on display 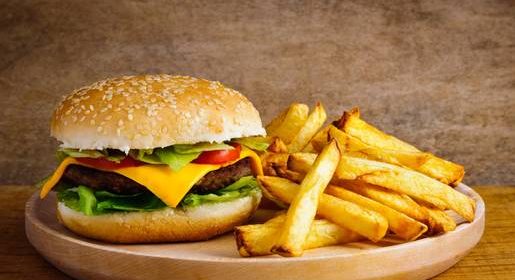 A group of unsuspecting diners chose healthier meals when the menu’s calorie count was posted to the right of the food’s price, a new report reveals today.

The experiment by researchers at the ESRI in Dublin revealed that displaying nutritional information in this way led diners to cut their calorie intake by between 19pc to 37pc.

Dr Deirdre Robertson and Peter Lunn, of the ESRI’s Behavioural Research Unit, carried out the test on an unwitting group of 142 diners who were attending the ESRI and were asked to choose from an online lunch menu.

One-third were randomly selected to see the menu with no calorie count, another third had a menu with calories placed between the description of the food and the price.

The third group had a menu with calorie counts placed after the description of the dish and the price.

Those who did not see any calorie count on the menu ordered an average of 866 calories and ate 665.

This compared to 703 calories ordered and 421 eaten by those who saw calories to the right of the price.

Dr Robertson said this was a “substantial effect”.

The study, published today in the international nutrition journal ‘Appetite’, also involved tracking the diners’ eye movements using an infra-red camera as they read the menu.

It was the first scientific study to manage to do this while people make real food choices.

“When asked later, they were also more likely to know how many calories were in their lunch. One concern with calorie posting is that it could make people less likely to enjoy their food. The study found no evidence for this, however.

“Diners shown calorie information rated their satisfaction with lunch at least as highly as those not shown the calories,” the researchers added.

Dr Robertson said: “Controlled experimental studies like this can be used to pre-test policies before they are implemented.

“Opinions about calorie posting differ and can be strongly held, so it is important to provide objective evidence about the likely impact.

“Our results show not only that calorie posting changes behaviour, but also that seemingly small changes to the format influence how well people understand and respond to the information.”

The Department of Health’s Obesity Policy and Action Plan promises that the Government will introduce legislation on calorie posting, and some restaurants and food outlets have already done so voluntarily.

The size of the calorie information and where it is placed on menus differs but this experiment provides guidance on which method is the most likely to trigger change.

A spokeswoman for the Department of Health said Health Minister Simon Harris was currently developing a draft General Scheme of a Bill to provide for calorie labelling on menus. “A public consultation on calorie labelling will be conducted in the coming months and it is intended that the draft scheme will be finalised by year end,” she said.

She also said the minister welcomed the Department-funded ESRI research.