Women who face complications after incontinence surgery at higher risk of depression: study 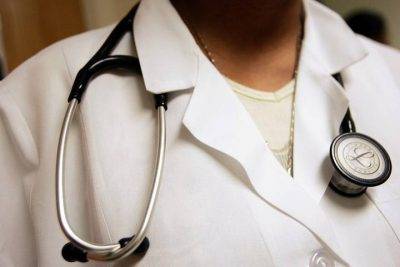 TORONTO — Women who develop complications after having vaginal mesh surgery to treat urinary leaks brought on by a sneeze, cough or exercise have an increased risk of depression and self-harm, a study suggests.

Known as stress urinary incontinence, the condition is primarily treated by implanting a polymer mesh sling in the vaginal wall, which is wrapped around the urethra to prevent leakage.

But in some cases, implants can lead to serious complications such as chronic pelvic pain and erosion of tissue in the urethra or vagina, outcomes that have spawned a slew of lawsuits in Canada, the U.S. and elsewhere against manufacturers of the medical devices.

“The vast majority of women do quite well after the surgery,” said lead researcher Dr. Blayne Welk, a urologist at Western University who specializes in incontinence surgery. “But there is the small number of women who do have complications afterwards.

“The challenge with transvaginal mesh for incontinence is there definitely are complications that women may experience from these slings,” he said from London, Ont. “They can be serious and they can be life-changing in some cases.”

The study, which excluded subjects with a previous psychiatric diagnosis, found the risk of depression was five per cent higher among women who had reparative vaginal mesh surgery compared with those that didn’t require a second operation.

To conduct the study, Welk and colleagues analyzed data from the Institute for Clinical Evaluative Sciences. The researchers looked at almost 60,000 Ontario women in their 20s to 80s who had transvaginal meshes implanted between 2004 and 2015.

They found that nearly 1,586 of these women had undergone surgical revisions of the devices aimed at eliminating or reducing deleterious effects.

Of those women needing a corrective operation, 11 per cent were treated for depression and almost three per cent had engaged in some form of self-harm behaviour, such as attempted suicide, that led to an emergency department visit or admission to a psychiatric hospital.

“The big challenge with these complications is that in some cases they can be very hard to correct completely,” said Welk. “And then the second thing is there’s an element of decisional regret for a lot of women who have these procedures done.

“I’ve seen a lot of patients referred with complications and a lot of them, they were quite emotional about it and described a long journey trying to find someone to evaluate them and help them with the complications.”

The study, published in Wednesday’s issue of the journal JAMA Surgery, found that psychological distress seemed to depend on a woman’s age. Those 45 or younger were at greater risk for depression, likely because complications from vaginal meshes can affect sexual intimacy, Welk speculated.

“So women over 65 did not have an increased risk,” he said, “whereas the younger women tended to be the ones that were at increased risk of depression and self-harm as a result of these complications.”

While that complication rate is relatively low, he said surgeons need to recognize that there can be serious psychological consequences for those women who experience adverse outcomes, which also can include persistent pelvic infection.

“I think this sort of reinforces the message that we need to make sure women do have timely and appropriate evaluation for complications if they do occur and that people keep in mind that they might need support for psychiatric illness that may be occurring at the same time.”

In December, Health Canada announced a plan to improve the safety of medical devices, including the creation of an expert advisory committee on women’s health issues that will evaluate medical devices such vaginal meshes and breast implants.