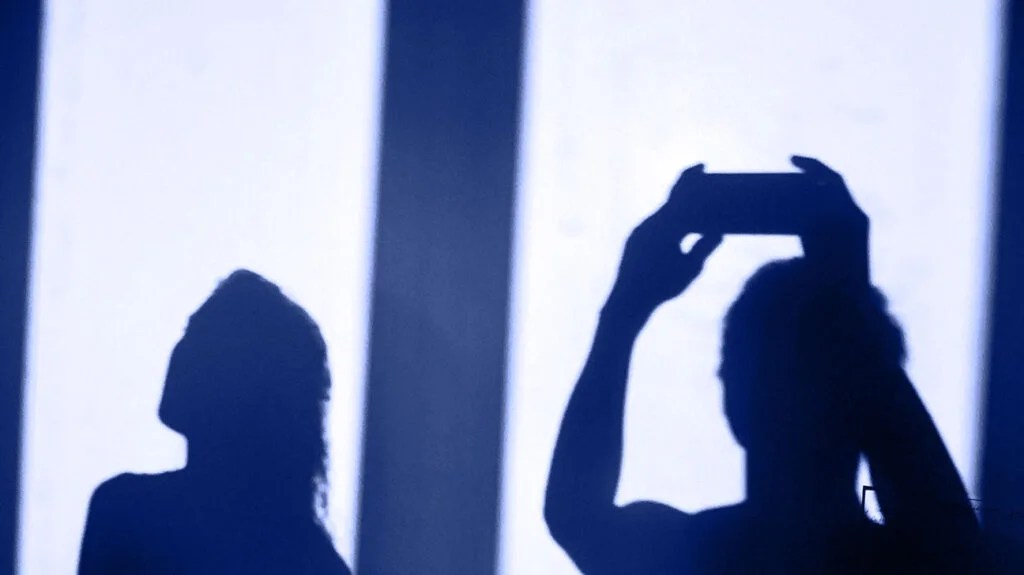 Blue light is a wavelength of light in the visible spectrum. It has a short wavelength, meaning it produces higher amounts of energy.

Previously, humans were only exposed to blue light during the day from the sun. However, since the advent of technology, we are now exposed to artificial blue light both night and day from the use of devices such as televisions, computers, and smartphones.

Most people are aware of the importance of protecting themselves from ultraviolet rays from the sun, but the potential hazards of blue light exposure remain unclear and are the subject of research.

Recent studies in the common fruit fly, Drosophila melanogaster, demonstrated that prolonged exposure to blue light across their lifespans leads to accelerated aging.

The findings suggest a reduced lifespan and brain neurodegeneration, even in mutant flies without eyes. This means that blue light can damage cells and tissues in addition to those specialized for light perception.

This fruit fly species is commonly used in research because it shares many cellular and developmental processes with humans and other animals.

To look for differences, the researchers compared the metabolomic profiles of flies kept for 10 or 14 days in constant blue light or constant darkness.

They studied the effects of prolonged blue light exposure on the metabolic pathways in the heads of mutant flies without eyes, to see the effect on non-retinal tissues.

Jun Yang is a Ph.D. student at the Department of Biochemistry and Biophysics at Oregon State University and the first author of the paper.

“Our research shows that long-time exposure to blue light could cause reduced energy production in mitochondria which is detrimental to cellular health,” Yang told Medical News Today. “This is the first research to show that blue light can alter the levels of indispensable metabolites in flies. Those metabolites are compounds that are essential for cell functions not just in flies but also in mammals.”

“These changes suggest that cells operate at a suboptimal level, which may cause premature death. Our research is also the first to show that blue light may affect extra-retinal cells that are not specialized in light perception.”

Yang noted that “in our daily life, the majority of blue light humans are exposed to comes from light-emitting diodes (LEDs). Most white LEDs are created by adding yellow fluorescent powder activated by the blue light. Because of their small size and high brightness, LEDs have become the primary illumination of display screens (phones, laptops, desktops, TV) and ambient lights.”

“[…humans] are exposed to LEDs for most of their waking hours. In the model organism used in this research, basic cellular functions, such as energy production in mitochondria, are highly similar to human cells,” said Yang. “Therefore, it is possible that excessive use of blue light may have a detrimental effect on human cells that are exposed to it, such as skin, sensory neurons, fat cells, and others.”

“However, it is still necessary to investigate human cells to find out whether similar changes in the level of metabolites are caused by prolonged exposure to blue light,” he added.

The researchers noted there are limitations to their research. For example, they analyzed the metabolites present in the fly’s whole head (albeit without eyes), which included not only brains but also other types of cells, like fat, muscle, and epithelial tissue. The way they measured certain metabolites could also be expanded in future studies.

Yang added that the researchers used “a fairly strong light” to understand the mechanism of how blue light impacts the flies, while “humans are exposed to less intense light, so cellular damage may be less dramatic.“

Dr. Richard Siow, Director of Ageing Research at Kings (ARK), who was not involved in this research, pointed out that ‘we should treat studies in Drosophila with caution as this model is not directly applicable to humans. For example, differences in sensitivity to light, brain complexity, nutrition, lifestyle, sleep, stress, employment, etc.

“But it can provide some valuable insights for relevant areas of translational research in humans,” Siow said.

As Dr. Siow noted, further translational research into the potential effects on humans is needed.

According to the American Academy of Ophthalmology (AAO), there is currently no credible evidence that blue light from digital devices harms human eyes, and the AAO does not recommend people use blue light glasses.

However, as Dr. Siow noted, studies such as this one in fruit flies can help suggest future avenues of research to help understand what the broader potential risks of blue light might be to us. And previous research has found a link between excessive screen time, such as watching TV for prolonged periods, and a negative impact on our overall health.

“Our study suggests that avoiding excessive blue light may be a good anti-aging strategy. This may be achieved by shortening screen time and dimming ambient lights. It is particularly important to use ‘night’ setting, which emits warm light with blue wavelengths filtered out on computer displays and phone screens.”

Blue light is everywhere and cannot always be eliminated. It will continue to be an everyday part of life as people increasingly use screens for work and leisure.

While translational research is needed to understand whether blue light harms human health in the same ways as in fruit flies, being more aware of our device usage and reducing screen time can generally be a positive step toward improving health for many.

Experts say small changes could make a difference in forming for both adults and children. For example:

By improving habits and changing routines, people should be able to reduce the potential impact of blue light exposure on our health.