AstraZeneca Vaccine and Blood Clots: What Is Known So Far

In rare cases, an immune reaction has led to antibodies that caused a serious clotting disorder. But public health experts maintain the vaccine’s benefits far outweigh the risks for most people. 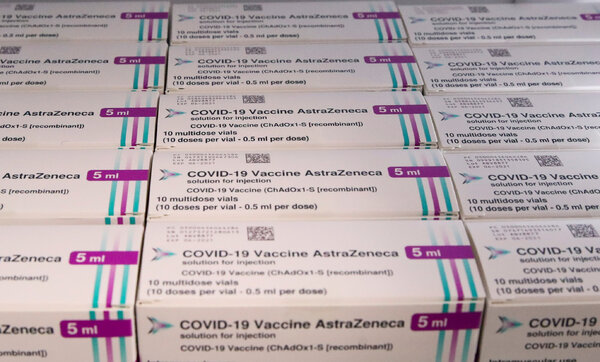 By Benjamin Mueller and Denise Grady

The AstraZeneca-Oxford vaccine has been deployed against Covid-19 in at least 115 countries, some of them for several months now. But it wasn’t until a few cases of a rare blood-clotting disorder — some fatal — emerged within the past month or so that many European nations began to rethink its use across all age groups.

Several of those countries, well stocked with alternate vaccines, have now limited use of the AstraZeneca-Oxford shot to older people, and a few have stopped using it altogether. While the incidence of these clotting disorders is extremely low, regulators and researchers are trying to raise public awareness of certain symptoms — including headaches, leg swelling and abdominal pain — especially in younger people who have been vaccinated.

Public health experts, however, have expressed concern that publicity surrounding the rare vaccine-related reactions will fuel hesitancy, a particular problem in Europe. They continue to emphasize that the AstraZeneca-Oxford vaccine’s benefits far outweigh the risks. In many nations, it is the only vaccine available.

Below are some frequently asked questions.

What is a blood clot and what causes them generally?

A blood clot is a thickened, gelatinous blob of blood that can block circulation. Clots form in response to injuries and can also be caused by many illnesses, including cancer and genetic disorders, certain drugs and prolonged sitting or bed rest. Covid itself can trigger serious clotting problems. Clots that form in the legs sometimes break off and travel to the lungs or, rarely, to the brain, where they can be deadly.

The clots in recipients of the AstraZeneca-Oxford vaccine have drawn heightened concern because of their unusual constellation of symptoms: blockages in major veins, often those that drain blood from the brain, combined with low platelet counts. Platelets are a blood component involved in clotting.

Researchers in Germany and Norway found that vaccine recipients who developed the clotting disorder had produced antibodies that activated their platelets and led to the clots. The scientists suggested naming the unusual reaction “vaccine-induced immune thrombotic thrombocytopenia,” or VITT.

So far, researchers in Europe have not identified any underlying medical condition among the vaccine recipients who developed severe clotting issues that would help explain their susceptibility.