'Parents have lost the ability to trust their own instincts' 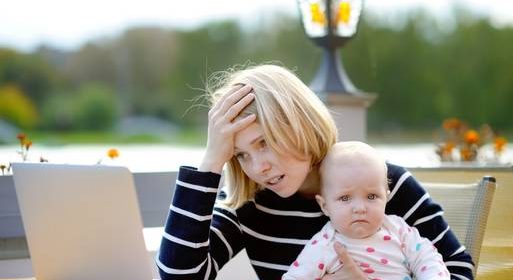 When your child is throwing tantrums, refusing to go to bed (or to sleep) or routinely turning up his nose at his dinner, what do you do?

If you’re a parent of the social media generation – in other words, if you’re in your twenties or thirties – the chances are, rather than rely on your own common sense, you’ll seek expert advice, often from a specialised parenting expert.

This is a growing phenomenon with younger parents, and while asking the expert can be reassuring, doing it for everyday issues has a downside, warns parenting expert and author Dr Patrick Ryan.

“Over the years, I’ve been involved in TV or radio interviews on many occasions, where we would talk about how to manage children, who for example, have been exposed to domestic violence,” he says. “This is not a typical issue, and it’s good for people to find out about that.”

However, he observes, increasingly, such shows now feature experts explaining to parents how to do the most basic things, such as how to entertain their children over the summer holidays, or how to occupy them during a plane flight.

“This generation of parents has grown up in the belief that the touch of a button generates all knowledge, but in fact parents themselves should be the first line of knowledge,” he says, adding that many parents in their late twenties or thirties are terrified of getting it wrong, partly because of the amount of negative commentary generated through social media:

“They have grown up with this feeling of judgement because now everyone has the right to comment on your behaviour. This is undermining a parent’s abilities to take a common-sense approach to issues.

“Parents are afraid to make a wrong parenting decision. This is a relatively new phenomenon where what used to be our private lives has become more public. People are simply afraid to use their common sense.”

Running to the experts about issues which are a normal part of parenting can have disadvantages, says Dr Ryan, a child and adolescent psychologist and Director of the Doctoral Programme in Clinical Psychology at the University of Limerick, Ireland.

“We live in what seems to be an expert-led society, where information is available at the touch of a button or via a podcast,” he says, adding that while this can be helpful, it can also result in parents becoming overly reliant on expert guidance.

“This can diminish the very rich source of information that you yourself hold as a parent and as the observer of your children and in effect can ‘pull down’ your sense of esteem in terms of your innate ability to be a good parent.”

Certainly when something big happens – such as, for example, illness, the death of a close family relative or very disturbed behaviour – a parent should feel comfortable about seeking expert advice on how to deal with it. “However, if we call in an expert for everyday transactions, we create a crisis each time something typical happens. This means we generate anxiety or fear which can block our ability to clearly think about what is happening with the child,” adds Dr Ryan.

It’s a good idea to call on informal support systems like family members or neighbours or other parents, he believes, because they will often have practical ideas as to what you can do with your children. “Running to the experts is only appropriate when there is a real need or a lack of reliable guidance from other everyday sources,” he declares.

Stella O’Malley, a psychotherapist and author of a number of books on children and Irish parenting, is concerned about what she calls the growing ‘professionalisation of parenting,” an issue she tackled in her best-selling book Cotton Wool Kids some years ago:

“It is a problem. It’s a trend which started in a bid to help parents – and it has helped parents – but there is a pernicious aspect to it. It takes away a parent’s confidence.”

In previous generations, up to about the 1990s, says O’Malley , it was simply presumed that ‘mother knows best’.

“In the 1950s, Dr Benjamin Spock wrote that mothers should trust themselves because they know more than they think they do,” she says, adding that this belief underlined the fact that parents often know their children far better than they may expect. “However, that fundamental truth has been lost in the last 20 years as childhood has become so commodified.

“You can really see a difference. You have people in offices trying to sell to parents everything from ballet classes to ‘sleep training’,” she says, adding that large amounts of money are being made from “creating a sense of inadequacy in parents”. While she is a psychotherapist and a speaker on parenting, she acknowledges, she emphasises that her mission is to empower parents.

“I want to address this issue by talking about it,” says O’Malley. “I can respect that a parent will think there is an expert to tell him or her the best way, for example, to wean or potty train or sleep train my child, or prepare him or her for primary school. All of these things are helpful but the sum of them all is creating a sense in parents that they cannot do it alone.

“It’s about the professionalisation of parenting,” she says, adding that when parents seek expert advice, they can end up passively waiting for an appointment. “A lot of people take a passive approach to normal childhood issues because they’re waiting for this expert advice which is really a set of tips and suggestions,” she points out, adding that in fact parents themselves often know best what will or will not work with their child.

“The expert-led parenting trend has made parents more passive about dealing with things themselves,” she warns.

It was not in the nature of our parents, or our grandparents, to continually seek expert advice on parenting issues, observes Rita O’Reilly of the parenting support group Parentline.

“Modern parents seem to lack confidence in their ability to parent,” she says.

She believes this modern phenomenon is partly caused by “an assumption that everything you do has to be based on expert knowledge” and partly from a sense of competition among parents over the need to get everything right so that a child’s life appears to be perfect.

“Sometimes parents want their child to be perfect and they go looking for expert advice or a diagnosis. Nowadays there is so much competition with everybody’s children having to be perfect that they look for an expert rather than for common sense advice from a parent or friend.”

In her experience she says, when parents ring Parentline seeking advice, they often already have a gut instinct about the right thing to do, but they want reassurance and support in implementing it.

“Our helpline personnel will often say to a parent that he or she knows your child best. Their role is to talk to the parent and explore what is going on and ask open-ended questions – it’s the parent who comes up with the solution, not us,” says O’Reilly.

She advises: “Be confident in your decision as to what is best for your child in terms of common sense and ordinary day-to-day issues. Sometimes parent can need a little support, but we find that when they experience success as a result of decisions they made themselves, they have more confidence in their ability to parent.”