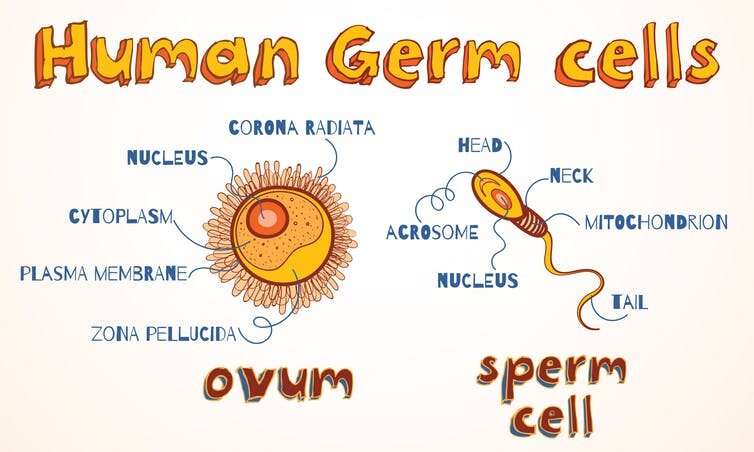 Gene editing is one of the scarier things in the science news, but not all gene editing is the same. It matters whether researchers edit “somatic” cells or “germline” cells.

Germline cells are the ones that propogate into an entire organism – either cells that make sperm and eggs (known as germ cells), or the cells in an early embryo that will later differentiate into different functions. What’s critical about those particular cells is that a change or mutation in one will go on to affect every cell in the body of a baby that grows from them. That’s why scientists are calling for a moratorium on editing the genes of germ cells or germline cells.

Somatic cells are everything else – cells in particular organs or tissues that perform a specific function. Skin cells, liver cells, eye cells and heart cells are all somatic. Changes in somatic cells are much less significant than changes in germline cells. If you get a mutation in a liver cell, you may end up with more mutant liver cells as the mutated cell divides and grows, but it will never affect your kidney or your brain.

Our bodies accumulate mutations in somatic tissues throughout our lives. Most of the time humans never know it or suffer any harm. The exception is when one of those somatic mutations grows out of control leading to cancer.

I am a geneticist who studies the genetic and environmental causes of a number of different disorders, from birth defects – cleft lip and palate – to diseases of old age like Alzheimer’s. Studying the genome always entails thinking about how the knowledge you generate will be used, and whether those likely uses are ethical. So geneticists have been following the gene editing news with great interest and concern.

In gene editing, it matters enormously whether you are messing with a germline cell, and thus an entire future human being and all its future descendants, or just one particular organ. Gene therapy – fixing faulty genes in individual organs – has been one of the great hopes of medical science for decades. There have been a few successes, but more failures. Gene editing may make gene therapy more effective, potentially curing important diseases in adults. The National Institutes of Health runs a well-respected and highly ethical research program to develop tools for safe and effective gene editing to cure disease.

But editing germline cells and creating babies whose genes have been manipulated is a very different story, with multiple ethical issues. The first set of concerns is medical – at this point society doesn’t know anything about the safety. “Fixing” the cells in the liver of someone who might otherwise die of liver disease is one thing, but “fixing” all of the cells in a baby who is otherwise healthy is a much higher-risk proposition. This is why the recent announcement that a Chinese scientist had done just that created such an uproar.

But even if we knew the procedure was safe, gene editing of the germline would still catapult us straight into all of the “designer baby” controversies and the problems of creating a world where people try to micromanage their offspring’s genes. It does not take much imagination to fear that gene editing will could bring us a new era of eugenics and discrimination.