Toddlers are tiny terrors. It doesn’t matter who you are or how great you are at parenting — toddlers will catch you off guard with their sneaky, independent ways and there’s pretty much no helpful recourse. (This is definitely why the Mommy Loves Wine trope was invented.) If you are an experienced toddler parent like I am, then you don’t bat an eye when they paint the walls with their own poop or lick lollipops they found on the ground. It’s all par for the course. But for moms with little ones entering this adorably annoying age for the first time, they can feel totally caught off guard. Suddenly their precious baby is acting like a wild animal, so there must be something wrong…right? One mom on Reddit took to blaming her husband for her toddler’s newest behavior, and the replies are hilarious.

In the “Am I The A—hole?” subreddit, a toddler mom revealed that her son is “going through a phase where he’s copying his dad constantly,” which includes taking off his clothes.

“One of the things he’s decided to copy is taking off his clothes,” the mom wrote. “I didn’t make the connection that he was copying my husband until recently but I asked my husband if he could stop walking around the house shirtless in front of our son because I wanted to see if it would make him stop doing it too.”

“He got offended,” she continued. “And claims he’s barely ever shirtless in front of our son so that couldn’t be why he’s doing it, which isn’t true. I don’t think this is a big ask since it’s only temporary but he’s refusing to cooperate and is angry at me for even suggesting it.”

Like we say in Texas, bless this poor girl’s heart. She thinks her husband is influencing her toddler to take off his clothes? I feel like giving her a hug as she still has some of her sweet, naïve new-momness. What’s next? It’ll be her husband’s fault when he starts making toilet jokes or gross noises out of his armpit? All I can do is laugh and laugh and laugh. There is so much more to discover as a mom (especially as a boy mom!) that a little shirtless toddler is so tame in comparison.

Reddit came through to defend her husband. One person wrote, “YTA for blaming your husband for something that all toddlers just do.” 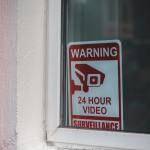 “Toddlers all love to take their clothes off and it’s developmentally normal,” they continued. “And personally I don’t see what the issue is, if a kid wants to walk around without a shirt in the privacy of your own home why does that bother you? Let the kid do his thing.”

“Your child is…a toddler,” someone said, adding, “If taking off clothing is the worst of it, people understand that toddlers be toddlin’. And there are ways to modify your tot’s behavior that don’t require dad to not feel free and comfortable at home. Further, it’s unwise to let your child’s (developmentally appropriate) behaviors run your home.” This is so true! Nobody sees a shirtless toddler (or one covered in markers or body fluids) and thinks it reflects on the parents at all. Toddlers be toddlin’! It’s my new mantra.

Another wrote, “Just toddlers? My son still does this. Boys really do hate clothes.” (And showers, but that’s a conversation for another time!)

But it’s not just boys. One Redditor wrote, “During the pandemic, my youngest daughter decided she hated pants. She was around 5 at the start. I asked her one day if she was going to put on pants that day. She asked ‘why, are we going somewhere?’ I said most people wear pants even if they’re not going somewhere. She said ‘I’m not one of those people.’ 😂”

And for the record, there are tons of completely valid reasons why kids like being naked. These include uncomfortable clothes, wanting attention, being confused about what’s OK in public, and trying out new skills among other things, according to Parents.

If you do want to curb the behavior, Alyson Schafer, a psychotherapist and author of Ain’t Misbehavin’: Tactics for Tantrums, Meltdowns, Bedtime Blues and Other Perfectly Normal Kid Behaviors, told Parents, “Toddlers want independence and autonomy, so find opportunities to let your child pick and choose what she wants to wear, within a pre-selected short list of options.”

She also suggested allowing certain “naked time.” You could say, “It’s okay to keep your diaper off after your bath, but you must stay in your room” or “Your body is private, so if you’re not at home with Mom and Dad, you have to keep your clothes on.”

The best thing to do is teach your toddler boundaries, and give him freedom to be naked in his own house. And take plenty of pictures for the baby book — you’ll need a way to embarrass him when he brings a significant other home one day!

Before you go, check out these unbelievable stories about Reddit’s worst dads.