Denis Richards Reveals She Has a 'Strained' Relationship With Her Daughter: 'It's Very Difficult Raising Teenagers Now' 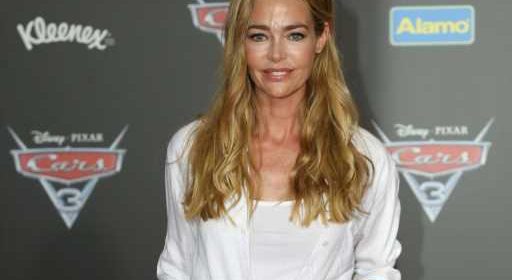 Denise Richards’ newest update on navigating her relationship with her eldest daughter shows the difficulty of parenting teenagers.

On Feb. 11, Richards revealed to SiriusXM’s Jeff Lewis Live per People that she has a strained relationship with her eldest daughter Sami, 17. “Honestly, I have a strained relationship with her. It’s very difficult. I know we’ll get back to where we were eventually, but right now, it is strained.” She added, “Obviously, I would love for her to live with me. She lived with me all these years.”

Richards said, “But I think it’s very difficult raising teenagers now and especially in Los Angeles when there’s access to everything. We didn’t grow up with Postmates and Uber where you have everything that you want. There are certain rules and I enforce them. And [at Charlie Sheen’s], there [are] different rules at that house and that’s okay.”

She also added that she and her ex-husband Sheen tend to “agree to disagree” on how they handle rules with their kids.

Richards and Sheen were married from 2002 to 2006 and they share two daughters together named Sami and Lola, 16. Richards also adopted another daughter back in 2011 named Eloise, 10.

Back in Oct 2021, Sami shocked the world with a TikTok per Page Six that said, “Now finally moved out of the hell house, had a spiritual awakening, own 2 cats, happy single, full of self-love, and dropped out of high school.” The “hell house” she referred to was Richards’ home and discussed how excited she was to live with her dad instead. Richards denied the allegations, claiming she set normal parenting rules in her household.

Before you go, click here to see all the celebrities who have opened up about the struggles of co-parenting.