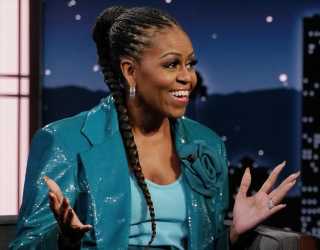 Michelle Obama is serving up a dose of major realness, and we’ve never felt so seen — or so relieved to know she once felt the exact same way while raising daughters Malia and Sasha alongside former President Barack Obama. Regardless of status or title, a tired and stressed parent is still just a tired and stressed parent at the end of the day, and that includes one of the most famous, influential women on Earth.

During her Revolt x Michelle Obama special event arranged as part of her book tour for The Light We Carry, the former First Lady opened up about parenthood’s effects on a marriage — including her own. She said, “People think I’m being catty for saying this — it’s like, there were 10 years where I couldn’t stand my husband. Ten years! And guess when it happened? When those kids were little.”

The mom of two explained, “The minute we had kids it was like, ‘Where are you going? And how far?‘ And you start measuring — it’s like, ‘How many diapers did you change?’ and ‘Oh, you’re golfing? Oh, you got time to golf? How you at the gym all the time?’ That’s when all the measuring starts because you got this project.”

Obama hilariously and honestly added, “And guess what? Little kids, they’re terrorists. They are. They have demands. They don’t talk. They’re poor communicators. They cry all the time. They’re irrational. They’re needy. And you love them more than anything. And so you can’t blame them, right? … So you turn that ire on each other.”

When asked how she got over that frustrated mentality when she was in the weeds of it all, Obama explained, “You gotta know your person. Do you like him? I mean, you could be mad at him, but do you still look at him and go, ‘I’m not happy with you, but I respect you. I don’t agree with you, but you’re still a kind, smart person.’ The feelings are gonna change over time, right, you’re not gonna always be [breathless in awe and love], so the minute that goes, people wanna give up on it. But now you’re in the work. You’re in the work of it.”

Next time you find yourself feeling like you want to bite off your partner’s head, remember that even Michelle and Barack Obama have been there, and you can make it through just like they did — especially with the help of her newly released book.

Following her 2018 best-selling memoir, Becoming, her second book, The Light We Carry, includes her insights and strategies for thriving and living a balanced life in today’s turbulent world, in addition to “the habits and principles she has developed to successfully adapt to change and overcome various obstacles — the earned wisdom that helps her continue to ‘become.’” Snag a copy for yourself and your loved ones if you’re in need of some last-minute holiday shopping ideas. 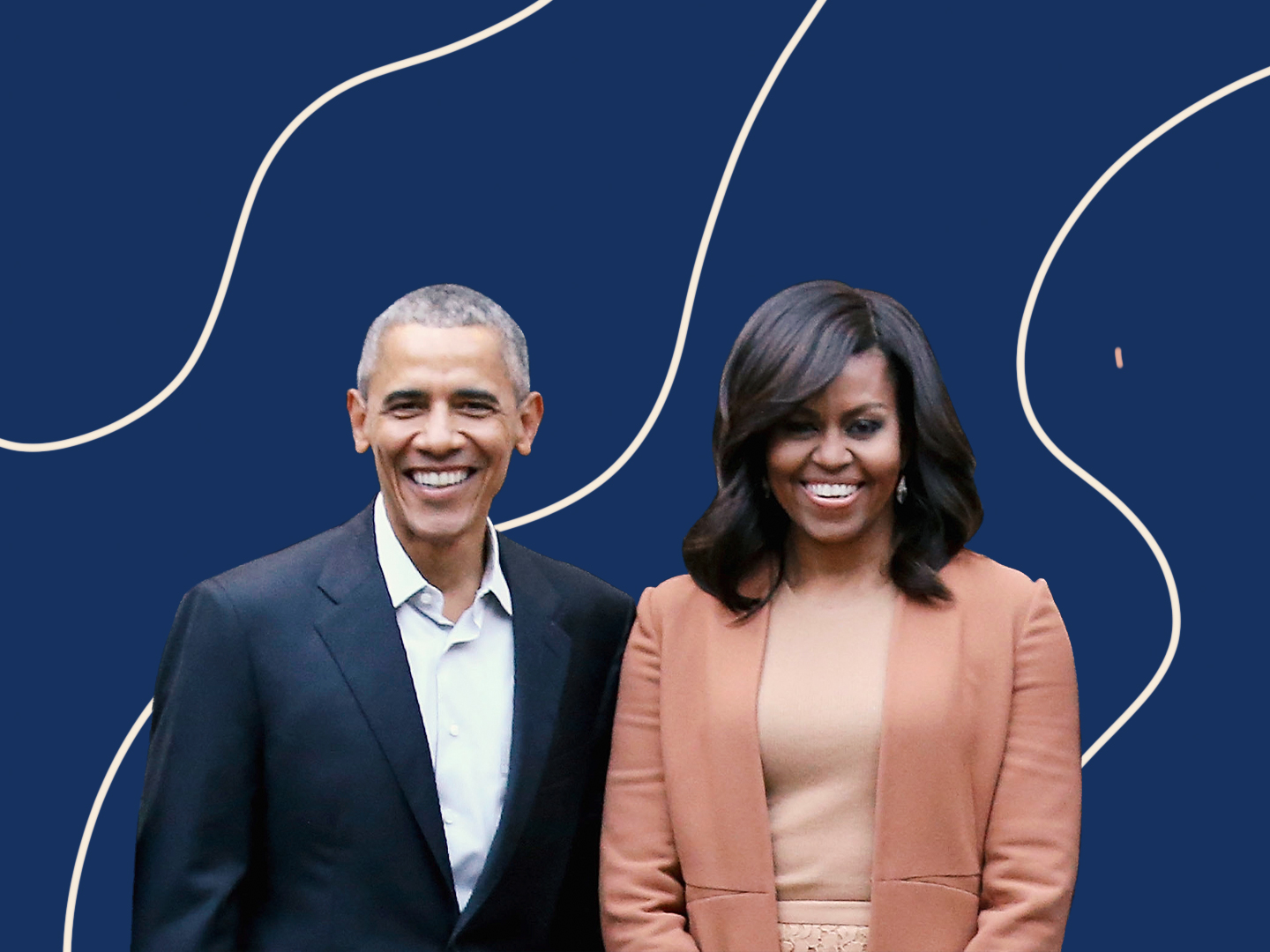