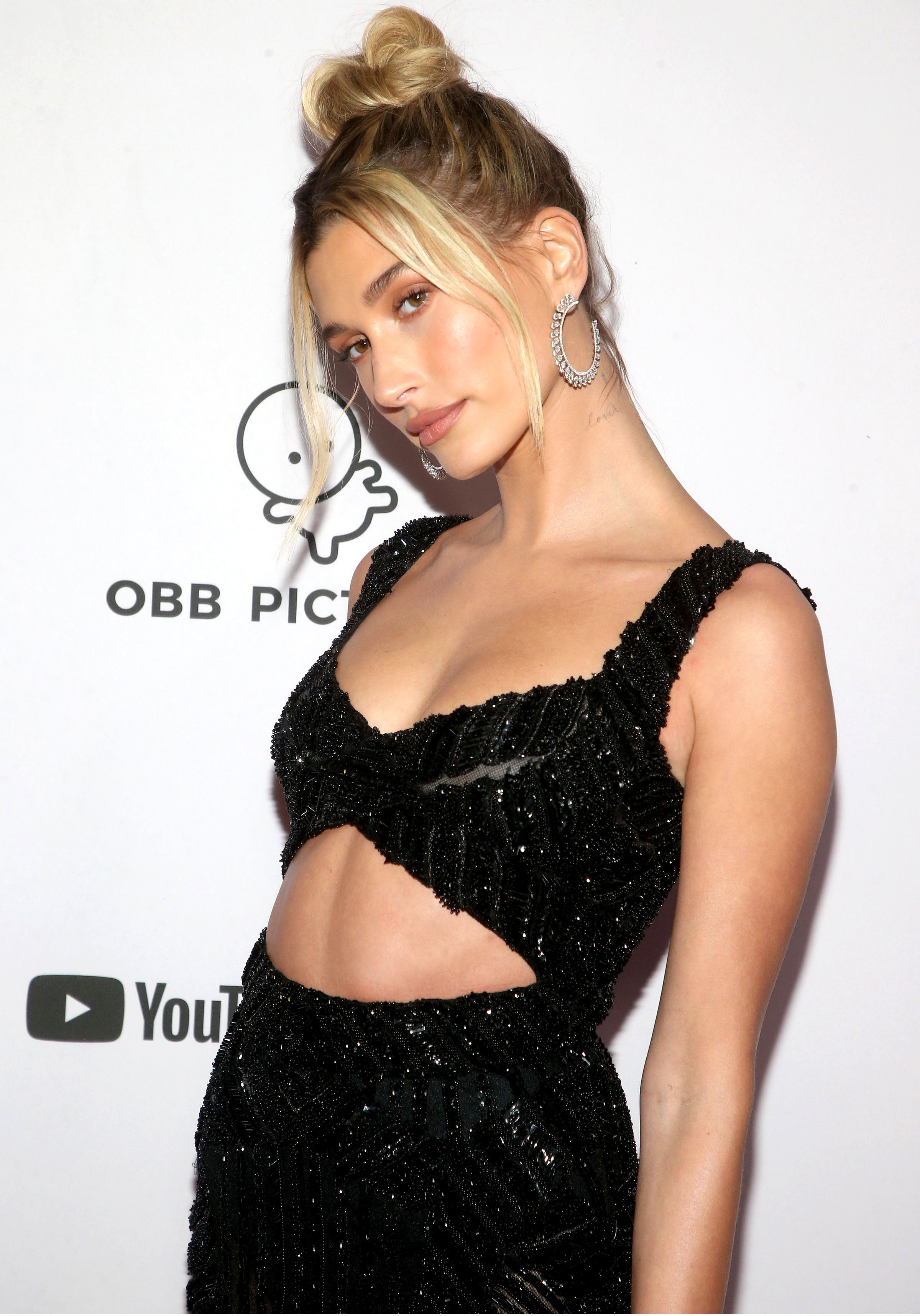 Setting the record straight. Hailey Baldwin is calling for fans to stop mocking the appearance of her pinky finger.

Baldwin, 23, took to her Instagram Stories on Tuesday, January 28, to speak out in defense of her pinky. She shared a shot of her chicly manicured nails, but she placed a pink circle around her crooked finger.

“OK, let’s get into the pinky conversation,” she wrote, captioning the snap. “Because I’ve made fun of myself about this for forever, so I might as well just tell everyone else why they’re so crooked and scary.”

In the post that followed, the model revealed that she suffers from Ectrodactyly. It’s a genetic disorder that can cause clefts in the hand or even the partial absence of fingers. According to RareDiseases.org, the “deformity is inherited as an autosomal dominant trait in some families and inherited as an X-linked recessive trait in other families.” 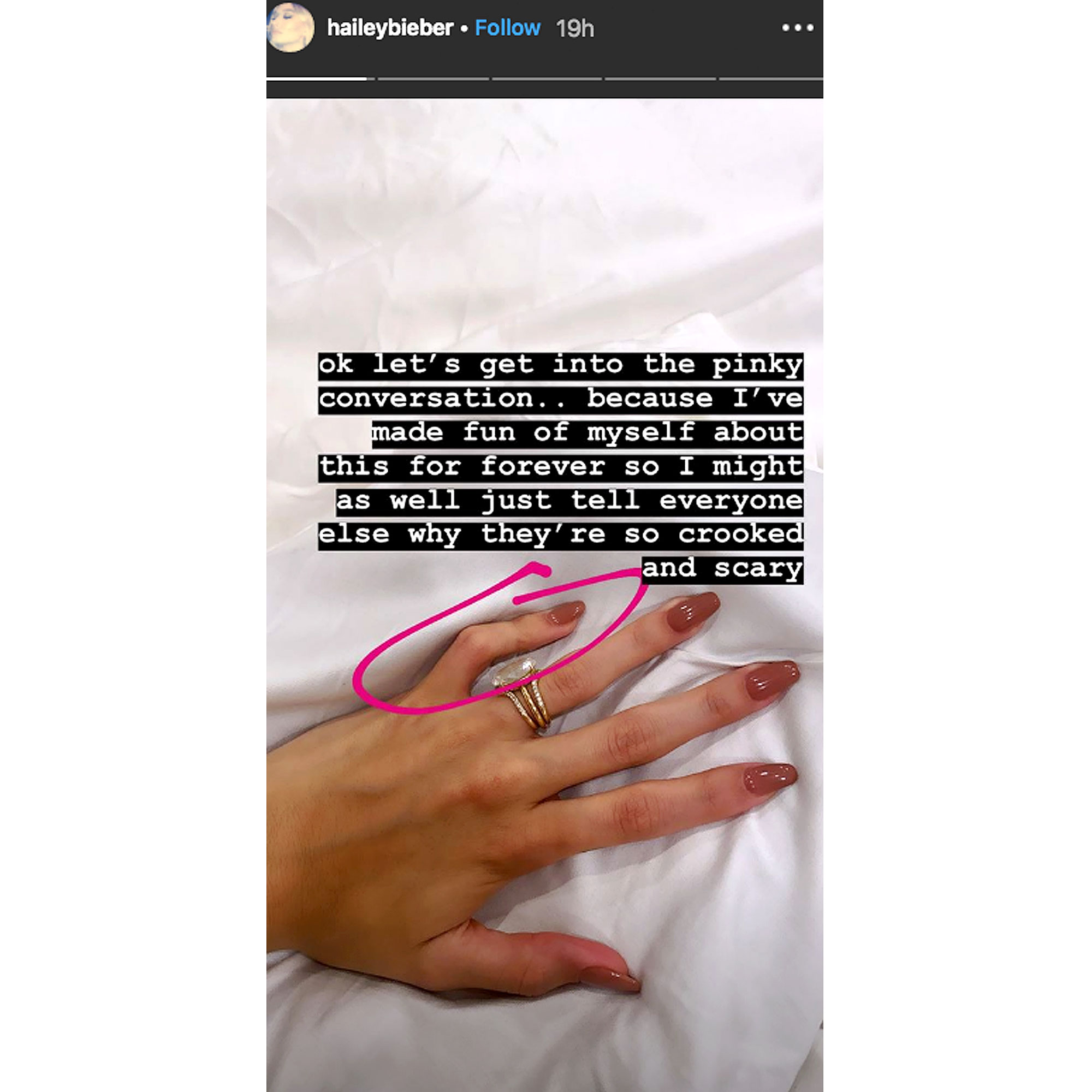 Baldwin’s explanation of her health issue was accompanied by a screenshot of a Wikipedia page that provided further explanation about the disorder.

“I have this thing called Ectrodactyly and it causes my pinky fingers to look the way they do,” she explained, per Daily Mail. “It’s genetic, I’ve had it my whole life. So, people can stop asking me, ‘WTF is wrong with her pinky fingers.’ Here is what’s wrong! Lol.”

After explaining her condition, she pleaded for fans to “please stop roasting me about my pinky fingers” in her third and final Instagram Stories post.

Similarly to Baldwin, her husband, Justin Bieber, faced criticism prior to revealing that he’s suffering from a health complication of his own, Lyme Disease. The Grammy winner confirmed the news via Instagram on January 8, sharing a screenshot of a TMZ report that stated Bieber would address his battle with the tick-borne illness in his new YouTube docuseries, Justin Bieber: Seasons.

“While a lot of people kept saying Justin Bieber looks like s–t, on meth etc. they failed to realize I’ve been recently diagnosed with Lyme disease,” the “Yummy” crooner, 25, wrote. “Not only that, but had a serious case of chronic mono which affected my, skin, brain function, energy, and overall health. These things will be explained further in a docuseries I’m putting on YouTube shortly.”

The Canadian-born star continued, “You can learn all that I’ve been battling and OVERCOMING!! It’s been a rough couple years but getting the right treatment that will help treat this so far incurable disease and I will be back and better than ever NO CAP.”

Baldwin and Bieber wed in a courthouse ceremony back in September 2018. One year later, they tied the knot a second time in a more lavish gathering held in South Carolina. Bieber previously dated Selena Gomez off-and-on from 2010 to 2018, while Baldwin was linked to Shawn Mendes from 2017 to 2018.