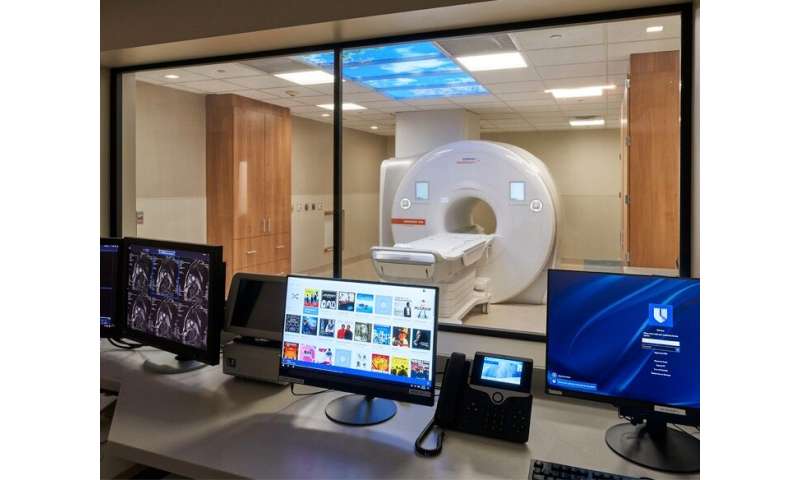 The use of MRI to determine heart function has been slow to catch on, but a study from Duke Health researchers shows that stress cardiac MRI not only diagnoses disease, but can also predict which cases are potentially fatal.

Results from a large, multi-center study suggest that cardiac magnetic resonance, or CMR, has potential as a non-invasive, non-toxic alternative to stress echocardiograms, catheterizations and stress nuclear exams in identifying the severity of coronary artery disease. The study appears online Feb. 8 in JAMA Cardiology.

“We’ve known for some time that CMR is effective at diagnosing coronary artery disease, but it’s still not commonly used and represents less than one percent of stress tests used in this country,” said senior author Robert Judd, Ph.D., co-director of the Duke Cardiovascular Magnetic Resonance Center.

“One of the impediments to broader use has been a lack of data on its predictive value—something competing technologies have,” Judd said. “Our study provides some clarity, although direct comparisons between CMR and other technologies would be definitive.”

Judd and colleagues analyzed data from more than 9,000 patients who underwent CMR at seven U.S. hospitals, encompassing up to 10 years of follow-up.

For patients without any history of heart disease and at low risk based on traditional clinical criteria, those with an abnormal CMR scan were 3.4 times more likely to die compared to patients with a normal CMR scan. For the entire patient population, the researchers found a strong association between an abnormal stress CMR and mortality, even after adjusting for patient age, sex, and cardiac risk factors.

“Noninvasive cardiac stress testing is a cornerstone in the clinical management of patients with known or suspected coronary artery disease,” Judd said, noting that CMR works as well or better than other exams at identifying heart wall motion, cell death and the presence of low blood flow. In addition, the technology does not require any radiation exposure, which is essential in nuclear stress tests that are by far the most commonly used in the U.S.