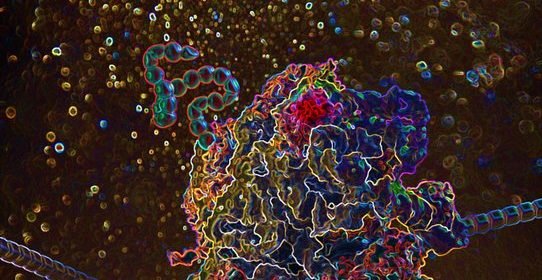 Ever since the 1960s, the researchers have wondered why some patients who suffer from illnesses resulting from inadequate cell division are much more susceptible to cancer, which is conversely characterized by excessive cell division. This unsolved paradox—also known as Dameshek’s Riddle—has puzzled the scientific community for years. The Laboratory for Disease Mechanisms in Cancer in Leuven, Belgium now reports how defective ribosomes can cause both insufficient and excessive cell division.

A number of these diseases are related to defects in the essential cellular protein factories called ribosomes, and are therefore named ribosomopathies. The cells in ribosomopathy patients do not divide sufficiently, resulting in a very broad spectrum of cellular insufficiency symptoms, from anaemia to growth retardation. While there are treatments for some of these symptoms, the increased likelihood of developing cancer makes these disorders particularly challenging to understand and cure.

The Laboratory for Disease Mechanisms in Cancer in Leuven, Belgium, has now reports the mechanism of how defective ribosomes can cause both insufficient and excessive cell division. “Defects in ribosomes have two consequences for cells. On the one hand, the defective ribosomes make specific kinds of mistakes, which leads to the increased production of the proteins that nourish cancer cells. At the same time, these ribosome defects cause a build-up of toxic substances that damage the cells, forcing them to grow and divide less. The cell suffers from several different kinds of damage, including DNA damage. This in turn causes mutations,” explains Professor Kim De Keersmaecker, head of the Laboratory for Disease Mechanisms in Cancer.

In a later, second phase, the cellular balance shifts. “All these mutations will eventually include one that is able to compensate for the cell damage and ‘rescue’ the cell, allowing cell division to increase. At that point, cancer cells can take advantage of the high availability of proteins that favour their growth. This opens the floodgates, with ever-increasing cancer protein levels and even better rescuing mutations protecting cells from damage. This allows a tumour to grow in an uncontrolled way.”