Woman nearly sectioned over her hallucinations has a rare condition

‘I told my boyfriend I’m a monkey and am going to the zoo’: Woman, 20, who was nearly sectioned over her hallucinations has a rare condition that causes her immune system to attack her brain

A woman who was nearly sectioned because of her hallucinations actually had a rare condition which caused her immune system to attack her brain.

Lucy Evans started having delusions in June 2017, which caused her to leave more than 25 messages on her then-boyfriend’s phone saying they had to break up because she is a monkey and needs to go back to the zoo.

Medics threatened to admit her to a psychiatric hospital for her own good when she began running down main roads and barging into neighbours’ homes.

Six weeks later, the now 20-year-old was finally diagnosed with the brain inflammation condition encephalitis and treated at Morriston Hospital in Cwmrhydyceirw, Swansea.

Two years on, she still battles extreme fatigue which often leaves her in bed all day and means she struggles to walk. 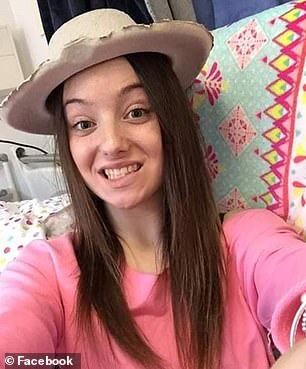 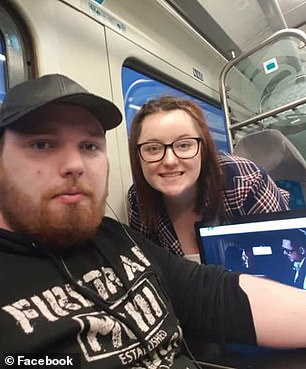 Lucy Evans was nearly sectioned over her hallucinations until doctors discovered a rare condition was causing her immune system to attack her brain. Pictured left, shortly after being diagnosed with encephalitis, Ms Evans would even run down main roads. Steroid treatment caused her to gain 5st (32kg). She is pictured right yesterday with her new boyfriend

Encephalitis affects up to 6,000 people every year in the UK and potentially hundreds of thousands worldwide, according to Encephalitis Society statistics.

It is defined as inflammation of the brain, which can be caused by an infection invading the vital organ or a person’s immune system mistakenly attacking it.

Speaking of her hallucinations on BBC’s flagship Victoria Derbyshire show, Ms Evans said: ‘I used to put a French plait in my hair and I thought I was a dinosaur, and it was like a dinosaur tail.

‘I thought I was a monkey so my relationship [with my then-boyfriend] needed to be over because I was going back to the zoo.’

Although back at home, Ms Evans expressed her frustration at how ‘everyone assumes she’s fine’, when she still suffers the effects of encephalitis every day.

She also blames the delay in her diagnosis for the treatment side effects she experienced.

Due to Ms Evans’ condition only being spotted once severe, multiple therapies failed to help, with her eventually being given the ‘toxic’ chemotherapy-drug rituximab, which caused her to lose her hair.

Encephalitis is an uncommon but serious condition in which the brain becomes inflamed (swollen).

It can be life-threatening and requires urgent treatment in hospital.

Anyone can be affected, but the very young and very old are most at risk.

Encephalitis sometimes starts off with flu-like symptoms, such as a high temperature and headache, but these don’t always occur.

More serious symptoms develop over hours, days or weeks, including: confusion or disorientation, seizures (fits), changes in personality and behaviour or loss of consciousness.

Dial 999 for an ambulance immediately if you or someone else has these more serious symptoms.

It’s not always clear what causes encephalitis, but it can be caused by viral infections. Several common viruses can spread to the brain and cause encephalitis in rare cases, including the herpes simplex virus (which causes cold sores and genital herpes) and the chickenpox virus.

She also put on 5st (70lbs) after being prescribed steroids to dampen down her immune system.

Writing on her JustGiving page, Ms Evans claims her medication left her ‘unbalanced’ and in a ‘horrible place’, with her even attempting to ‘take her own life’.

She claims her boyfriend of two-and-a-half years left her while she endured treatment, with many friends also going their separate ways because it was ‘too much to deal with’.

After pulling through, Ms Evans and her mother – who became her carer – asked for £800 in donations so they could move house for a ‘fresh start and new chapter’.

Speaking on the show, Dr Ava Easton – chief executive of The Encephalitis Society – explained infectious encephalitis can come from something as simple as flu or a cold sore.

‘These people become ill quickly and it is an acute medical emergency,’ she said.

But symptoms of the autoimmune condition typically creep up, leaving patients undiagnosed for months or even years.

Dr Easton added she works with patients who have ‘gone down psychiatric pathways’ and were only properly diagnosed when they developed other symptoms like seizures.

Ahead of World Encephalitis Day 2019 on February 22, The Encephalitis Society is urging doctors to look out for signs of the condition.

The main thing that separates an encephalitis patient from someone with a psychiatric condition, is the latter generally has one disorder, while the former has multiple, complex symptoms, Dr Easton said. 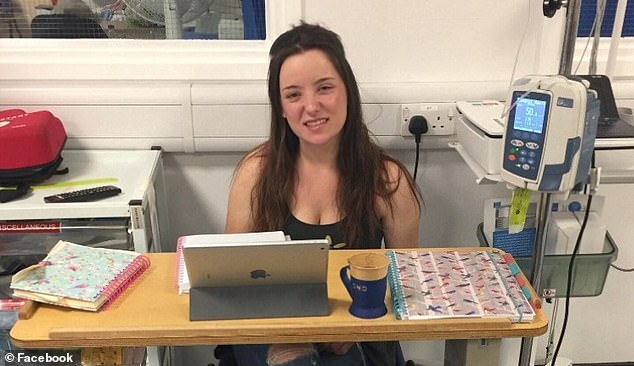 Pictured in hospital shortly after being diagnosed, Ms Evans claims her condition became severe because it took so long for her doctors to discover what was wrong. Although at home, she still battles the effects of encephalitis, including fatigue that leaves her in bed all day