Why do some people get Alzheimer’s and others don’t? How a new tool checks your risk 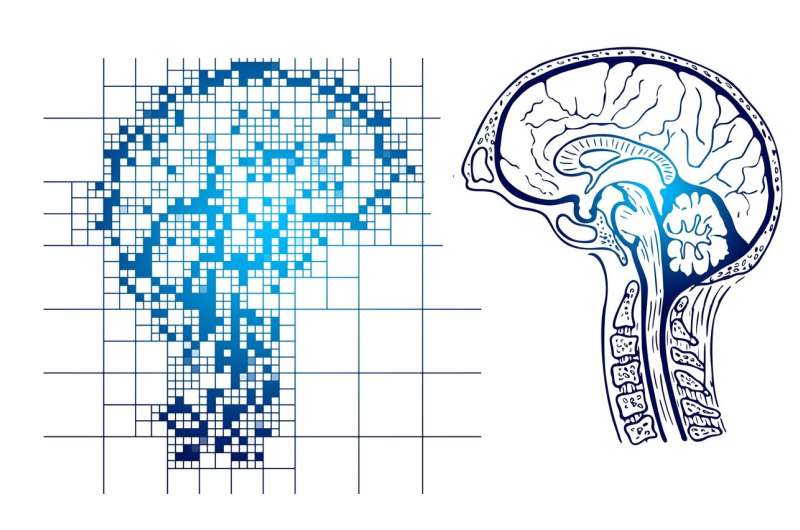 Why do some people develop Alzheimer’s disease and others don’t? What makes one person’s brain healthier than another’s? And what can be done to improve, or at least slow, a brain’s deterioration?

Researchers at the University of Miami Miller School of Medicine have developed a new tool they say will help fill in the blanks.

The Brain Health Platform provides a snapshot of how healthy a patient’s brain is and how much risk the patient has of developing Alzheimer’s and related disorders. Using the collected data, doctors will be able to create a personalized care plan to help reduce the disease’s onset, said Dr. James Galvin, the director of UM’s Comprehensive Center for Brain Health and the senior author on the paper, which was recently published in the Journal of Alzheimer’s Disease.

“I think we spend way too much time talking about disease and disability and death—that’s what doctors always do,” Galvin said. “I think we need to spend more time talking about health and vitality and capabilities. And so we can change the tone of the conversation to prevention, instead of reaction.”

Alzheimer’s is the most common cause of dementia. The disease affects about one in nine people 65 and older, according to the Alzheimer’s Association. Younger people can also get Alzheimer’s, although that’s less common.

Certain factors, such as age, genetics and family history can increase a person’s risk of Alzheimer’s. There’s also growing evidence that healthy behaviors, such as getting enough sleep, not smoking and staying active can reduce a person’s cognitive decline.

“I jokingly say, this is how I spent my pandemic—we spent a lot of time trying to think about how we could measure these things,” he said. “So we created scales and we validated these scales. And then we realized that these scales were telling us really important pieces of information.”

The Alzheimer’s Association says the disease “begins 20 years or more before the onset of symptoms.” This makes it difficult to effectively treat and prevent Alzheimer’s, though it also “implies that there is a substantial window of time in which we can intervene in the progression of the disease,” according to the association.

No cure exists yet for Alzheimer’s, although treatments can help with symptoms. One of the challenges doctors face is identifying at-risk people before the prevention window closes. That’s what led UM researchers to create the Brain Health Platform.

In the study, researchers evaluated 230 participants: 71 healthy controls; 71 with mild cognitive impairment and 88 with diagnosed dementia. The team found that participants with abnormal scores on the platform had a greater than 95% probability of being impaired. The platforms results will make it easier for doctors to assess a patient’s brain health and decide on a treatment plan.

The screening tool is already being used by UHealth patients and research participants at the Comprehensive Center for Brain Health, and relies on the following assessments to determine someone’s brain health and future risk:

Once the 15- to 20-minute assessment is completed, doctors can look at the results to rate a person’s brain health and determine if it’s a healthy brain, a healthy brain with some risks or a brain that is deteriorating. Then the doctor can create a treatment plan. Sometimes, it might not even involve medicine.

Instead, patients might get an exercise routine or a diet change prescribed. A patient that reads books, for example, might get told to join a book club to increase their brain stimulation by adding a social activity, Galvin said. It’s more of a “healthy body, healthy mind, healthy spirit leads to a healthy brain approach.”

“This doesn’t take away from taking medicines when you need medicines. But this is a way of empowering people to take charge of their health, and giving them actionable data, that they can have a personalized care plan that’s built for them,” Galvin said.

“It’s not a one size fits all approach,” he said. “It’s a plan that fits me as an individual. And that’s going to make it much more likely to be adhered to.”