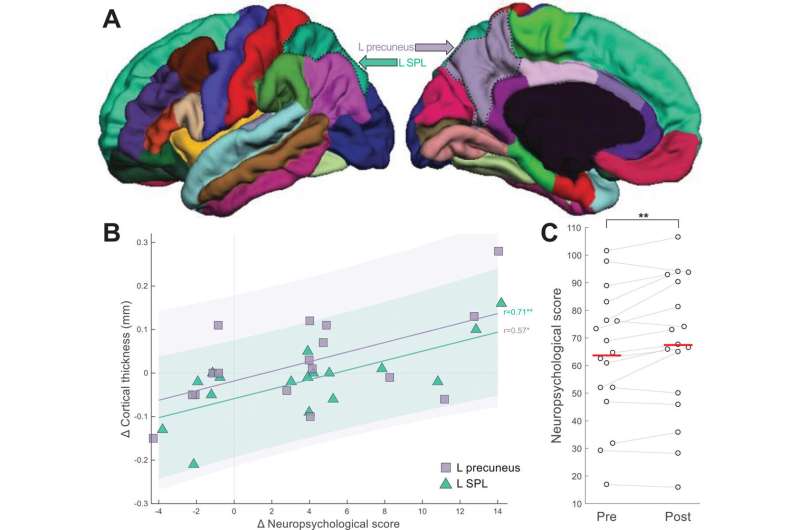 The Transcranial Pulse Stimulation with ultrasound (TPS) technique developed at MedUni Vienna under the lead of neuroscientist Roland Beisteiner from the Department of Neurology can be used in various neuropsychiatric brain diseases such as Alzheimer’s and Parkinson’s. It improves brain function by externally activating still-functioning neurons. It has now been demonstrated that TPS can even reduce morphological brain degeneration in dementia patients. The paper has been published in a prestigious medical journal.

In neurological diseases such as Alzheimer’s or Parkinson’s disease brain neurons are constantly being lost, resulting in memory lapses, speech disorders, mood swings and impaired mobility, for example, as well as muscle tremors in the case of Parkinson’s. Treatment options for neurodegenerative diseases are limited and there is currently no cure.

A technique that at least temporarily reduces the breakdown of neurons was developed in Vienna. Transcranial Pulse Stimulation with ultrasound (TPS) is a non-invasive technique that penetrates all areas of the brain and stimulates those neurons that can help to regenerate brain functions. Clinical data from earlier studies showed that two to four weeks of treatment with Transcranial Pulse Stimulation can improve the functional networks and cognitive performance of Alzheimer’s patients for up to three months.

The recent study has now looked at brain morphology using MRI techniques and has shown that TPS can slow down the cortical atrophy (brain tissue loss) that is typical in Alzheimer’s. “We found a significant correlation between neuropsychological improvement and thickness of the cerebral cortex in areas of the brain that are critical in Alzheimer’s,” explains study leader Roland Beisteiner, who oversaw the development of the new technique of Transcranial Pulse stimulation with ultrasound (TPS) at the Department of Neurology of MedUni Vienna and Vienna General Hospital.