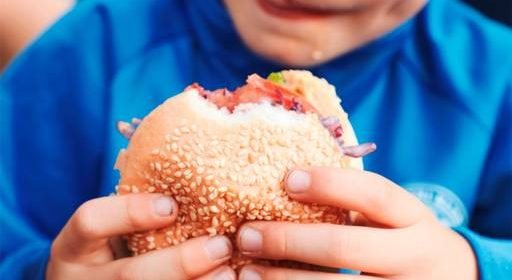 An alarming 68pc of meals for children in restaurants studied across Ireland and the UK exceeded nutritional guidelines for fats.

A study conducted by a leading Irish college found that in one category alone, meals for older children, saturated fat content was a staggering 400pc higher than recommended guidelines.

The research found that the vast majority – 14 out of the 20 restaurants surveyed – offered chips as a side option. Fruit was available as an alternative to fries in just 10 restaurants.

A significant 78pc offered breaded chicken, such as nuggets or goujons, 67pc offered fish fingers, and 61pc had a burger listed on the menu.

Five restaurants had at least one sugar-sweetened beverage on their menu, 11 offered fruit juice and 10 included milk or water as a beverage option.

Dr Tara Coppinger, of Cork Institute of Technology (CIT) Department of Sport, Leisure and Childhood Studies, led the study which was conducted in co-operation with the University of Roehampton in the UK.

Their research, published in the ‘Journal of Nutrition Education and Behaviour’, raised alarming issues over children’s diet and the fact that so many families are now eating out rather than dining at home.

The CIT team studied 39,000 meal combinations across 20 popular restaurant chains in Ireland and the UK. The study found meals in chain restaurants were generally too energy-dense, contained too much fat (particularly saturated fat), and had too much salt for both older and younger children.

The average meal for children aged two to five contained 609 calories and for older children 653 calories, compared with guidelines of 364 and 550 respectively.

It was found that 68pc of younger children’s meals were above both fat guidelines.

Some 55pc of older children’s meals contained more total fat than recommended and more than four times the amount of saturated fat.

“As families are opting to eat out more regularly, our findings indicate a worrying trend of young children eating increasingly unhealthy food,” Dr Coppinger said. “There is still a lot of work to be done in many of the country’s most popular restaurants.”

A reason children eat more fat and calories when they are at a full-service restaurant is that they tend to have a starter, main meal and dessert.