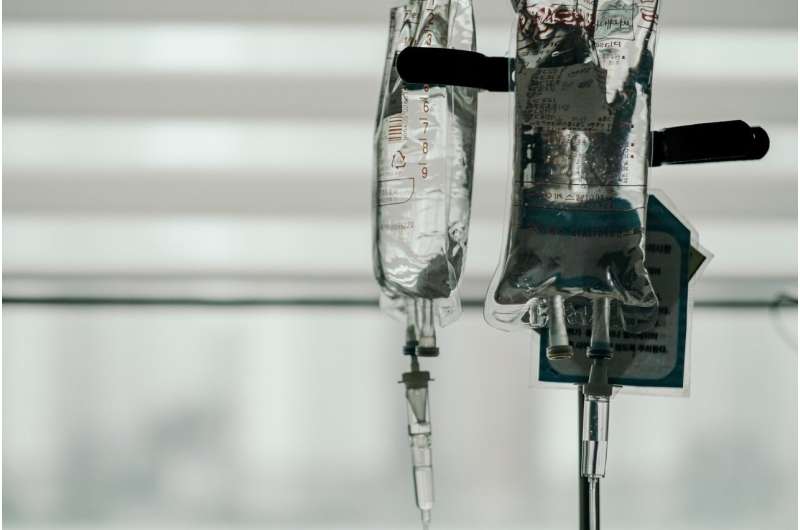 The delicate balance between using powerful drugs to cure cancer while mitigating damage to healthy tissue is all the more critical when the cancer patient is a child. In many cases, chemotherapies to cure the cancer are supplemented with drugs designed to curb the potential damage that chemotherapy can do, either in the short term or later when the patient is an adult.

A new study published in Cancer and authored by researchers at multiple institutions, including the University at Buffalo, demonstrates that dexrazoxane, which is administered to pediatric cancer patients in order to curb the cardiotoxicity of a key chemotherapy drug, has no adverse impacts on these patients, even nearly 20 years later.

The paper examined the long-term outcome among children newly diagnosed with cancer who had participated in clinical trials focused on dexrazoxane. The median time since cancer diagnosis was 18.6 years.

“The longer term effects of dexrazoxane had not been previously established, due to the short time it has been in clinical practice since the late 1990s,” said Steven E. Lipshultz, MD, senior author on the paper and A. Conger Goodyear Professor and Chair of Pediatrics in the Jacobs School of Medicine and Biomedical Sciences at UB. “This is why this paper is so important, because it examines, for the first time, these longer term effects of dexrazoxane.”

In preclinical models, Lipshultz and his colleagues had previously found that dexrazoxane was the most consistent cardioprotective agent, a finding that was subsequently confirmed in their clinical studies.

The new study included 1,308 newly diagnosed patients with cancer who were enrolled in National Cancer Institute-supported clinical trials between 1996 and 2001 in 167 institutions around the world. All of the children in these trials received the chemotherapeutic drug doxorubicin, which is known to cause damage to the heart. Some of them were randomized to receive dexrazoxane before every dose of doxorubicin. The goal was to determine if dexrazoxane reduced chemotherapy-related heart damage without compromising the anti-cancer effects of the chemotherapy.

“Cancer has shaped these survivors but does not define them,” said Lipshultz, who also is president of UBMD Pediatrics and a consultant with Roswell Park Comprehensive Cancer Center. “For these survivors, these late-treatment effects are hidden wounds that they will have to deal with for the rest of their lives. The chemotherapeutic drugs they took years ago can cause premature heart failure or other cardiac issues. It becomes critical to tackle upfront the health problems that can crop up years or even decades later.”

“With more than 80% of children diagnosed with cancer becoming long-term survivors, this represents one of the most major advances in pediatric medicine during the past 50 years,” said Lipshultz, who noted that by contrast, in 1970 only 4% of children with acute lymphoblastic leukemia, the most common childhood malignancy, had a five-year event-free survival.

“As these long-term childhood cancer survivors age, they experience clinically significant late effects from their cancer and its therapies,” said Lipshultz, who also is medical director, Pediatric Services Business Development, at the Oishei Children’s Hospital. He added that other than a cancer recurrence, the most common of these effects are cardiovascular, which have the potential to significantly limit activities of daily living for survivors.

“Cardiovascular disease is the leading non-cancer cause of mortality in these children,” he said, “and cardiotoxicity associated with cancer therapeutics can be pervasive, persistent and progressive.