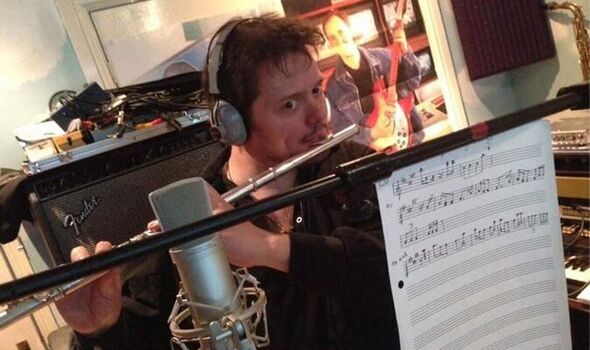 A teacher who died after deliberately driving the wrong way down an M4 slip road had been diagnosed with bipolar disorder, an inquest has heard.

Lewis John Hunter Gilmour, 37, had sent several texts indicating that he wanted to die in the hours before his car crashed with an oncoming vehicle.

The conclusion of the inquest into his death, which first opened in 2018, was held at Swansea Coroner’s Court on Wednesday, November 30 2022. The inquest had been adjourned to allow for a clinical incident report to be put to the court, WalesOnline reports.

Mr Gilmour had been diagnosed with bipolar disorder in 2011 and his mental health had started to deteriorate in September 2017. In June 2018, shortly before his death, he contacted mental health services after attempting suicide.

On June 29, he contacted his former partner Jane Ballantyne, with whom he’d been in a relationship for nine months which ended in early 2018. Mr Gilmour’s mental health issues had started to have an impact on the relationship before it ended, but the two had stayed friends. Ms Ballantyne had become “extremely concerned” for Mr Gilmour’s welfare and received a series of messages from him including one at 11.01pm on July 1 in which he said: “I just want to die.” Ms Ballantyne then called him at 11.56pm and he didn’t pick up, so she called the police.

Mr Gilmour sent more messages shortly before driving his car at a high speed the wrong way down a slip road near junction 47 on the M4 into another car.

Forensic investigations found no sign that Mr Gilmour had taken evasive action. Christopher Gordon, driver of the other car – a Vauxhall Astra – suffered serious injuries. Mr Gordon previously told the inquest that he had swerved to avoid Mr Gilmour’s car, something which the investigators found no evidence either for or against.

Mr Gilmour died at the scene as a result of multiple injuries due to the road traffic collision. A toxicology report found there was no evidence of alcohol or substance abuse by Mr Gilmour, and that he had a “therapeutic level” of lithium in his system which was part of his medication for bipolar disorder.

The acting senior coroner, Mr Colin Phillips, recorded a conclusion of suicide. For this, he had to be satisfied that Mr Gilmour carried out actions resulting in his death, and that he intended for them to result in his death.

Mr Phillips said that Mr Gilmour’s actions were “of a man suffering a mental health crisis.” He continued: “He had recently attempted suicide and told Ms Ballantyne that he just wanted to die.”

The coroner added: “The risk of self-harm had not been appreciated by those responsible for his healthcare.”

Shortly after Mr Gilmour’s death, the 37-year-old’s family released a statement: “We, Lewis’ family and all of his friends have been shocked and devastated by his tragic and untimely death.

“Many have already spoken of a lovely guy whose kindness, generosity of spirit, unfailing sensitivity to the needs of others, combined with a wicked sense of humour, served to make him unforgettable.”

For confidential support the Samaritans can be contacted for free around the clock 365 days a year on 116 123.