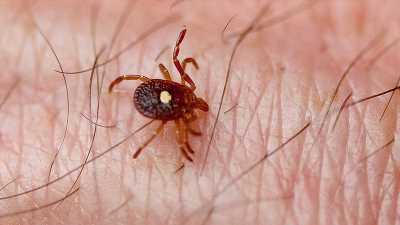 Tick-borne pathogens, which cause illnesses such as Lyme disease and Rocky Mountain spotted fever, are becoming more widespread in Canada and are posing risks in new areas, according to a new study.

Five emerging pathogens were detected across Ontario and Quebec, including some that had moved outside of their historic geographic range.

“In Canada, emerging tick-borne pathogens are a major public health issue, where individuals may not be properly equipped with the information they need to help protect themselves against ticks,” study author Kirsten Crandall, a PhD candidate in biology in a joint program with McGill University and the University of Ottawa, told Medscape Medical News.

“Knowing the location of potential risk areas for ticks and their pathogens remains a very important step,” she said. “However, certain pathogens may have spread to unidentified risk areas, as we found in our study in southeastern Quebec.”

The study was published November 9 in Vector-Borne and Zoonotic Diseases.

Borrelia burgdorferi, which causes Lyme disease, is the most common tick-borne pathogen in Canada and is primarily transmitted by Ixodes scapularis, which is known as the deer tick or the black-legged tick. Other emerging pathogens have been detected in Canada, including Rickettsia rickettsii, which causes Rocky Mountain spotted fever, and Babesia odocoilei, which causes babesiosis, a malarialike parasitic disease.

The investigators assessed the presence and prevalence of several emerging tick-borne pathogens by collecting ticks and small mammals at 16 forested sites in Ontario and Quebec in July and August 2019.

The following five emerging pathogens were present across the study sites in Central Canada: B burgdorferi, R rickettsii, B odocoilei, Babesia microti, and a Hepatozoon species. The most prevalent pathogen was B burgdorferi, suggesting it is widely distributed across central Canada, the authors write. The researchers also detected B odocoilei and R rickettsii beyond their known geographic area of distribution in Quebec.

Through nested PCR testing, the researchers found three pathogen species in ticks. They observed B odocoilei and B burgdorferi in I scapularis deer ticks and R rickettsii in Haemaphysalis leporispalustris rabbit ticks.

Three pathogens were detected in small mammals: B odocoilei in B brevicauda shrews; B microti in P leucopus mice; and a Hepatozoon species in P leucopus and Peromyscus maniculatus mice. The researchers noted the importance of detecting B odocoilei in shrews. That pathogen is typically found in cervids, such as deer and elk.

The researchers also found that the pathogens can be transmitted directly from adult female ticks to larval ticks, rather than through the typical transmission route of feeding on an infected host. In addition, they note that small mammals, such as white-footed mice, can transmit Hepatozoon species after eating an infected insect, spider, or tick.

“I was extremely surprised about our findings of R rickettsii in larval rabbit ticks,” Crandall said. “In Canada, our knowledge of this pathogen is primarily based on historical surveys and human cases, due to its rare occurrence. No recent detections of this pathogen have been found in rabbit ticks, with only sporadic cases occurring in Alberta, British Columbia, Ontario, and Nova Scotia. Our detections in southeastern Quebec represent the first time it has been found in the province.”

Crandall is continuing to conduct research on tick-borne pathogens in Canada as part of her dissertation and intends to help educate the public.

“Preventive steps, such as checking your body after being outdoors, using insect repellents, and wearing long pants and long-sleeved shirts, remain extremely important in protecting yourself from ticks,” she said.

The study authors note that climate change, habitat fragmentation, and changes in tick and host populations have contributed to the spread. Tick-borne pathogens are expected to increase and spread further in coming decades, they note. They call for surveillance efforts in Canada to focus on more comprehensive testing for ticks at all life stages and on emerging pathogens beyond the most commonly targeted species.

“Tick-borne pathogens affect the health of people and their pets, as well as agricultural and wild animals,” Vett Lloyd, PhD, a professor of biology at Mount Allison University in Sackville, New Brunswick, told Medscape.

Lloyd, who wasn’t involved with this study, has researched several tick-borne pathogens in Canada. She has examined the underdetection of Lyme disease in Canada and the risk of disease in canines, such as coyotes and dogs. She’s now following the spread of Babesia and other emerging pathogens across the Maritime provinces.

“We need to know where they are, so people can take the appropriate health precautions and human and veterinary health professionals have the diseases caused by these pathogens on their radar,” Lloyd said.

The study was funded by Hydro-Quebec and the Natural Sciences and Engineering Research Council. Crandall and Lloyd have disclosed no relevant financial relationships.

Carolyn Crist is a health and medical journalist who reports on the latest studies for Medscape, MDedge, and WebMD.