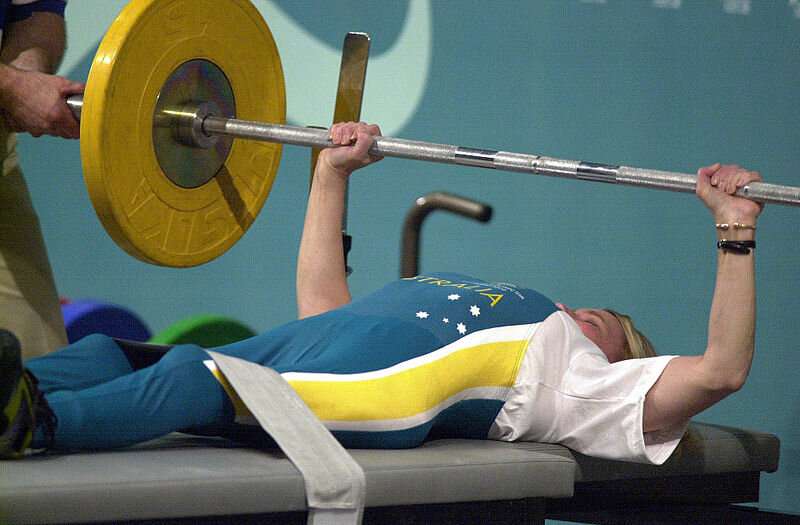 Many people viewed the Tokyo Olympics as the pinnacle of human physical achievement. However, Paralympic performances often receive less attention despite amazing feats of strength, speed and endurance.

We’ve seen this with powerlifting, which is our area of interest. We’re working with para-athletes to learn more about how some can lift heavier weights than athletes without disabilities.

Here’s what we know so far.

Many Paralympians out-perform athletes without disabilities in track and road races lasting longer than a minute.

One example is the men’s 800m T54 class, where athletes compete in a track wheelchair. Here, the Paralympic record is almost 11 seconds faster than athletes without a disability.

In the marathon, the Paralympic world record is a little over 1h 20min, set in 1999. This remains over 40 minutes quicker than the record for athletes without a disability.

However, athletes who use a wheelchair can maintain speed over longer distances, at least in part due to the advantage offered by purposely designed equipment and technology.

It’s the medium- and long-duration events, rather than the speed and strength sports, where Paralympic athletes tend to perform better than athletes without disabilities.

What’s so special about powerlifting?

Paralympic powerlifters (or Para-powerlifters) have one or more impairments that would limit their ability to participate in traditional weightlifting. These include impaired muscle function, co-ordination and movement of the hips and legs, or short stature.

They compete in classes according to their bodyweight and bench press as much weight as possible under strict criteria.

Para-powerlifting world records are impressive. Some five out of eight female records and six out of eight male records would be held by Paralympians if they were compared directly to athletes without disabilities.

Our calculations are based on athletes in a similar weight class and compared Paralympians with those competing in International Powerlifting Federation competitions.

Records continue to be broken. Take China’s Guo Lingling who lifted 109kg in the female 41kg weight class at the Tokyo 2020 Paralympics.

This record is more than 2.6 times her bodyweight, a feat that would still be impressive for an athlete without a disability during a squat, let alone the bench press.

In the men’s competition, Paralympians can lift record-breaking weights more than 3.8 times their bodyweight. By comparison, the world record for a male athlete without a disability is about 3.3 times his bodyweight.

Why are Para-powerlifters so strong?

Due to lower limb impairments, Para-powerlifters may have a distinct advantage when comparing how much they can lift per kilo of bodyweight. That is, in some instances, lower-limb weight may be significantly less due to poor muscle quality even though automatic bodyweight additions are applied to athletes with amputations.

However, world records are based on the greatest weight lifted in each weight class rather than weight lifted per kilo of bodyweight. This is what makes Para-powerlifting records even more impressive.

So, we’re working with Para-powerlifters to find out more. Here are our three top reasons why they might be able to lift such heavy weights.

Para-powerlifting rules are similar to those for athletes without disabilities. However, the legs of all Para-powerlifters must be placed or strapped to top of the bench when performing the bench press, rather than on the ground.

But scientific research remains at odds as to how much the legs contribute to powerlifting bench press performance. In fact, some research suggests upper-body muscles are better engaged when the legs are not placed on the ground.

In other words, the current evidence cannot say for certain whether leg position gives one group an advantage or disadvantage. We want to find out more.

In the bench press the athlete lowers the bar to the chest, then pushes it up until the arms are fully extended. A shorter stature may mean some Para-powerlifters have to move the weight a shorter distance away from the chest. By moving through a smaller range, the muscle may be able work better throughout the movement.

Shorter limbs may also make it easier for some Para-powerlifters to overcome the torque (a rotating force on the joints) when lifting the bar.

However, in athletes without a disability arm length is not a major predictor of bench press performance, and not all Para-powerlifters have a short stature. So, more research is needed.

3. Focusing on the bench press

Para-powerlifters also train solely to perform the bench press. However, many record breaking powerlifters without disabilities also compete in competitions that include the squat and deadlift exercise.

Perhaps focusing on the one event gives Para-powerlifters some advantage.

What can we make of this?

Para-powerlifters show us not all superior world records are confined to endurance sports or influenced by technology.

They also highlight the importance of strength training for people with or without a disability.